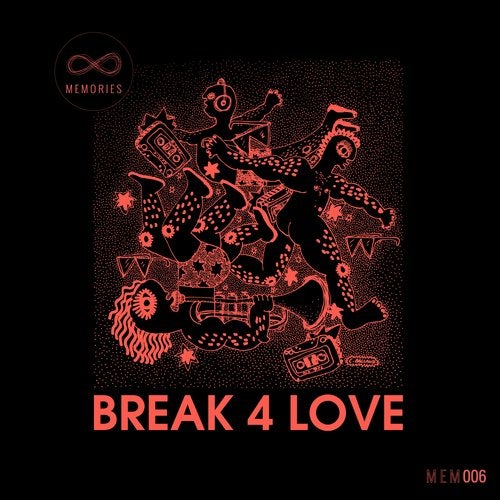 Sometimes the sweetest things in life happen like little miracles. Back in 2017, when Keith Thompson and Rocco Rodamaal met at a party on the Hudson in New York (where Rocco was playing), both were far to imagine this encounter would shape up the beautiful project that is presented to you today. With the idea of celebrating the 30th birthday of his house classic "Break 4 Love" (as the lead vocalist of Raze), Keith felt that a collaboration with the respected long-running French producer would be spot on. Having freshly launched his own Memories imprint with the successful "Someday", Rocco suggested to record a completely new reinterpretation with Keith (instead of simply remixing it) and to release it himself.

With 2.5 million units sold worldwide and a "stone cold" classic status, the track looked like a ballsy move to re-approach artistically. Strong of his 20 years DJ and production career with key releases and remixes on labels such as Defected, Freerange, Classic, Atjazz Record Company and Buzzin Fly, Rocco's goal was to deliver a completely contemporary version with Keith's freshly new recorded vocals without betraying the timeless feel and original spirit of "Break 4 Love". With friendship and loyalty being high in his book, Rocco wanted to share the experience with his friends and give the project a high dose of musicality in order to consolidate a strong message to the new listeners' generation. This is how this "All-Stars Team" developed naturally around the project. Alex Finkin, the musical director of Aloe Blacc, amazing multi-instrumentalist and man of many talents, co-produced and co-wrote the "new" "Break 4 Love" with Rocco in Paris while deep house Jedi Master Atjazz engineered the final mixdown in his studio in Derby. Being the prolific remixer & a man of spotless taste that we all know, Atjazz delivered his own splendid rendition of Rocco and Alex's new recording, excited by using the velvet voice of Keith printed in the house music history.