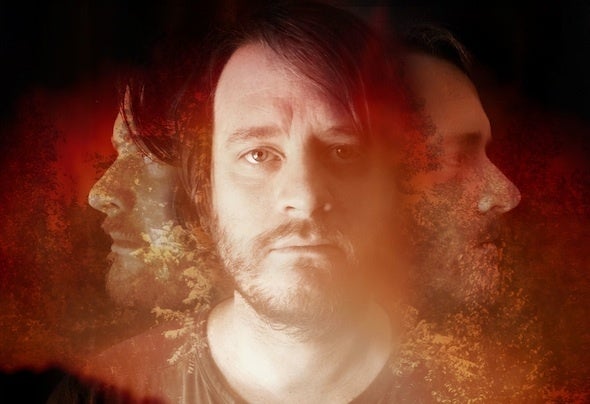 "He's a pilgrim and a preacher, and a problem when he's stoned, he's a walkin' contradiction, partly truth and partly fiction, takin' every wrong direction on his lonely way back home." Yes, those are lyrics to a song and this is a bio about the man that goes by the name of Kenneth James Gibson. He is a man of many personae and will go from monkey to bumble bee right before your eyes. Keeping up with him can be a time consuming, yet rewarding venture into sound. As soon as you think you know him and can grasp whats going on, he puts on yet another mask and becomes something else. Always a surprise and never a let down, he gives us what we want but don't expect. A rare stone in today's musical climate, Ken is rolling and collects no moss. Kenneth's job is plain and simply to write, produce and play music. You wont be able to pigeon hole this wiley lad as he has made and released every type of music from house to dub to rock and roll and continues to do so with his catalog of over 200 releases. [a]pendics.shuffle has been his day job and mainstay for quite sometime now but also creates and releases music as Reverse Commuter, dubLoner, Kenneth James G., KJ Gibbs, Bal Cath, Eight Frozen Modules, and Premature Wig. He has collaborated with many artists as well such as Mr.C of The Shamen, Mark Bell AKA Blakkat, Big Bully, Stewart Walker, Jack Dangers of Meat Beat Manifesto on Hiss and Buzz, Dilo as Cascabel Gentz, Mikael Stavostrand as Men In Slippers, Carola Pisaturo as The Vegetables, and Konstantin Gabbro, co-founder of legendary Seattle label Orac Records as Whoa Buck. Kenneth also remixed Damian Lazarus's album "Smoke The monster Out" (Club Versions) as [a]pendics.shuffle for Get Physical. Most recently, Kenneth's foray back into organic band-oriented music has prominently taken the form of Bell Gardens, a collaboration with Brian McBride of the classical ambient duo Stars Of The Lid. Bell Gardens just released their first LP "Full Sundown Assembly"on the legendary UK label Southern Records. Kenneth has also released music and remixed others on labels such as Trapez, Mo's Ferry, Culprit, Get Physical, Resopal, Leftroom, Planet-Mu, Ware, Lick My Deck, Hallucination Ltd. and of course his own label Adjunct, to name a few. As owner of Adjunct, Ken promotes and releases cutting edge dance music from artists and remixers from the likes of Akiko Kiyama and Mikael Stavostrand to Mr.C and John Tejada, as well as creates a unique visual spectacle to the music through his videos under the alias Captain Primo.