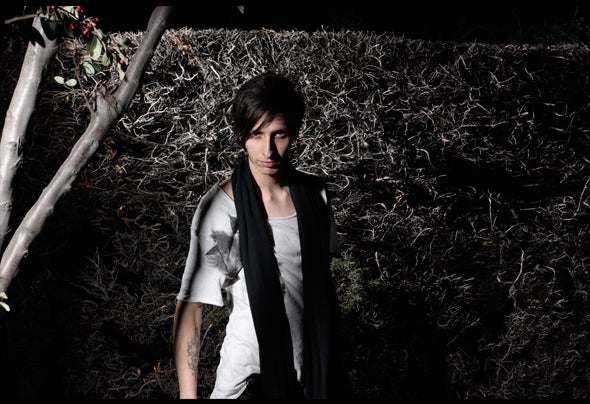 MINIMO , has become one of the most biggest names to look on over South America in the last 7 Years , hes working professional as an Electronic artists. from 1999 , he was the main MC from a Hip Hop band that start mixing elctronic sounds , and exploring new styles that in the end finish on getting deep into electronic movement. He just mainly open his work for Dropkick Records , his label in Collaboration with Minor Dott and as a secondary project out of Techno. Including more deep stuff , more experimental sounds , and melodic grooves comming out from the deeppest latin Colombia and South American native music. His Tracks and Releases , where going high from his first Releases between Minor , such as MAXIMAL MINIMO beeing on Top 10 selling charts on Beatport for about 6-7 weeks . From right there he has been played all around Globe , with Artists like Dubfire , Adam Beyer , Umek , Spèedy J , Christian Smith , Seth Troxler , Marco Carola , Rino Cerrone , Markantonio , Ramon Tapia , Pirupa , Magda , Marc Houle , Troy Pierce , just to name a few. Last 2 Years working exclusive mainly with Dropkick Records & The Room , that marked an entry for very big surprises and collaborations with some of the greates artists on his style. Supported & played by the most prolific names in the industrysuchas: Joris Voorn , Valentino Kanzyani , Lee Curtis , Jamie Jones , Lee Foos , Carlo Lio , Dan Curtin , Mihalis Safras , Butch , Pirupa , The Junkies , Alessio Mereu , Andre Ferlin , Marco effe , into 1000s more. As he same says 2012 will be one of the huge Years For ME says Minimo. An artists that really marked everyone that has a listen to it!Someone you could not lose.