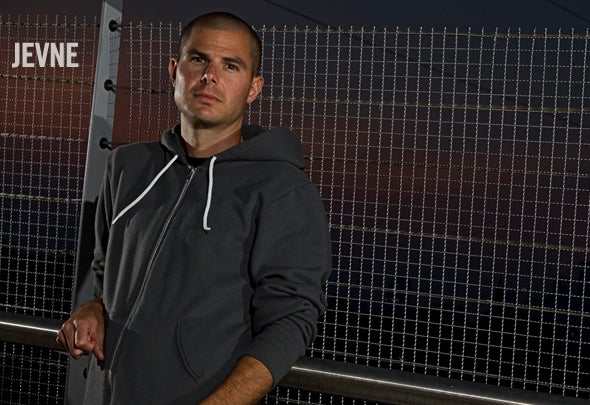 Known for playing live bass guitar along with his dj sets, Jevne has really set him self apart! Jevne has been mixing and playing bass for over 17 years and fuses live six string bass guitar with original house music & edits while in the mix! Owner and operator of Onethirty Recordings, from deep to teky from soulful to pumping, Jevne's sets are a journey through house music you will not want to miss. Finding his love for dance music back in the late 80's attending rave events in Minneapolis, Jevne's passion for music later led him to pick up djing in Colorado in 93. After relocating back to Minneapolis in 98 he became the buyer and manager of Let it Be Records, a highly respected shop to may top DJs. Jevne went on to be involved with some of the largest events to happen in Minneapolis from the rave days to his present Onethirty events around the world. In the past 7 years Jevne has consistently traveled the world playing live bass guitar along with his Dj sets, his talents have brought him to South America, Europe, Switzerland, Canada and all over the United States for gigs! Onethirty (Jevne's label) swirls in deep house, tech-house, funky and progressive vibes, always flourishing and flowing with the current sounds of house. Along with supporting many up and coming artists Onethirty has consistently released music by many of the most influential producers in dance music including: Chuck Love, Hipp-e, Scope, Ronan, Tony Thomas, Shur-I-Kan, Jay-J, Ross Couch, Atnarko, Leo Portela, Random Soul, Jay Tripwire and Matthew Bandy. The label has become very respected worldwide by DJS, producers and music lovers alike! Jevne's original production and remixes have appeared on many respected labels & compilations including: Shifted Music (Jay-J's label), Johnny Fiasco's Klassik Fiasco, Urban Torque, Soulman Music, Ospina Digital, Open Bar, Eighth Dimension, Conya, Coastline, Chillin, Kolour, Clubstar, Native Soul and more. His tracks have been remixed by the talents of Chuck Love, Tony Thomas, Fred Everything, Manuel Tur, Asad Rizvi & Justin Martin to name a few. Keep your eye & ears on Jevne & Onethirty Recordings!