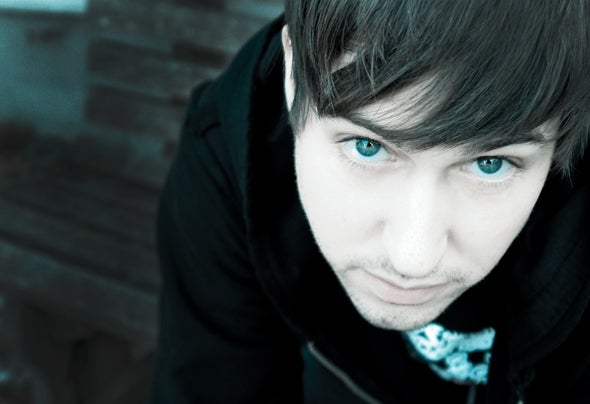 Colin Cameron Allrich has been an underground player in the EDM scene for almost a decade now. His productions have spanned multiple genres from Breaks to Progressive Trance & House to Dubstep with over 50 production & remix credits on labels worldwide. Support for his works have come in from many high profile DJs, from Hernan Catteneo, Nick Warren, Pole Folder, Richie Hawtin and even Martin Gore (of Depeche Mode) who placed Colin's Visitor Seven project as his No. 1 pick for his March 2012 Beatport chart.Colin is an artist who doesn't get stuck in the world of genre-ization, and effortlessly flows between different styles and cutting edge production techniques that have landed the music from his Slighter project onto the big and small screen, from Lionsgate Films to various MTV shows, and FOX's Bones. His work as (the now retired) Deeptone was placed him on the map when he debuted his remix of the seminal classic “Stage One” on Lost Language in 2005. He then went on to remix Dan Welton’s “Lisopain” as The Pushers, which landed on Hernan Catteneo’s Sequential compilation for Renaissance/Thrive Recordings. Other labels that have featured Colin’s work include, Cyber Recordings, Polytechnic Records, Proton Music, Progrezo, Source Of Gravity and most recently Endemic Digital’s family of labels.Colin is most at home behind the mixing desk, and his Cell Studio in Los Angeles is where he resides today as a freelance audio engineer, serving Dance labels and producers around the globe with his world- class mastering and mixing services.