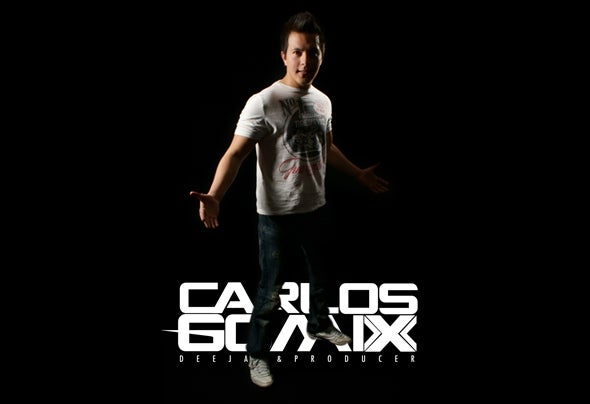 Recognized Mexican Dj and Producer Carlos Gomix, is part of the new generation of young and talented producers. Whit lots of charm and human quality, he is the creator of the massive remix “Magic Voice” which later was used in the Guadalajara and Mexico openings from the Tel Aviv Dj and Producer, Offer Nissim. This fact placed Gomix at higher House Music levels which later, lead him to get over 10,000 digital downloads from his music. It is also important to mention his own original music creations like “Deep in your soul” under the “Suite Seven Record” label or “We are the party” and “Esta Noche” from the “Overdose Records” label on which he had the collaboration from another young and talented singer, Monik Lózan. Accepted by the audience, unexpectedly, these originals became viral hits all over the country. Collaborating also with official remixes from songs like “Addicted to my music” (2009 – MDW), “We are living” (2010 – Beatallfusion), “Jump it” (2011 – Edson Pride), “This is true house music” (2011 – Oscar Velázquez), nowadays; Carlos Gomix is recognized everywhere. He has also shared the Dj Booth with other artists such as Offer Nissim, Tony Moran, Hector Fonseca, Etienne Ozborne, Mike Cruz, Isaac Escalante, Epiphony, Eran Tubul, Rob Mirage, Joe Gauthreaux, just to mention some.