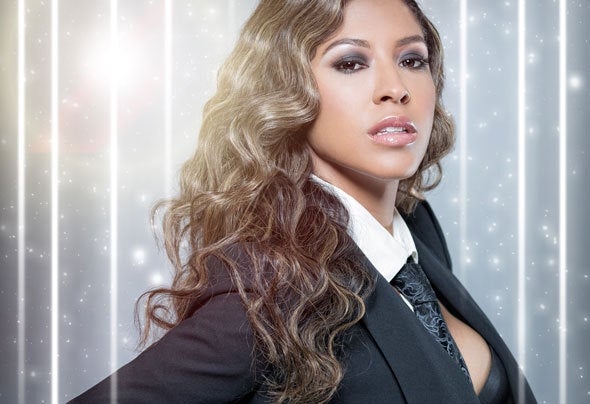 Born in Miami, Florida but raised in St. Croix, Virgin Islands to Afro-Colombian parents, Adassa started out as a reggaetón singer-songwriter and quickly became known as the "Reggaetón Princess".While signed to Universal Latin she collaborated & Toured with Enrique Iglesias, Daddy Yankee, Don Omar Wisin & Yandel, Pitbull, Aventura, Z ion y Lennox, Ivy Queen, Lil' Jon, Kevin Lyttle, Vico C, Baby Rasta & Gringo, Lil' Flip, Sasha, Baby Bash, Juvenile and Nina Ski among others. Including sold out Concerts at Madison Square Garden,American Airlines Arena, Rose Bowl Los Angeles, Centennial Arena and the Calle 8 Festival in Miami.She also made high-profile cameo appearances with Ciara (With whom she toured in Japan) and Missy Elliott on "1,2 Step"; followed by one with Pitbull on the title track record off of her debut album "Kamasutra" and alongside Tego Calderón and Roselyn Sánchez which reached Number 20 on the US Hot 100's in 2006, and reached Number 12 on Billboards US Tropical Charts and Reached Top 10 In the National Sales Charts in Japan as well as sold over 100 Thousand Ringtones in Japan Alone. The song "Bounce" (duet with the Turkish pop star Tarkan) was a great success in Europe for Adassa, as well as her single "De Tra" which also reached #40 on Billboard Latin Tropical Airplay Chart. The success of her releases sent Adassa on tour in Latin America, Mexico, T he US, Jordan, Spain, Italy, Turkey, Germany, Switzerland, Korea and Japan.Aside from being showcased as a guest five times on the legendary show Sabado Gigante, other TV appearances include; Billboard Latino, Access Hollywood, Mun2, VH1, MTV 1,2,3, Mi TRL, La Esquina with Pitbull, Video Countdown, Escandalo TV, Planeta TV, Caliente, Pepsi Musica Live Show, Japan TV, Fuzion, Tu Eyes El VJ, Tu Desayuno Alegre, Cotorreando, The Roof, Fashion Week Awards, La TV,Accesso Total, Otro Rollo, Pepsi Blue Carpet Bash plus many more. Her singles have been featured on TV Shows across the Latin Channels including but not limited to Despierta America, Al Rojo Vivo, El Gordo y La Flaca, as well as performing the infamous jingles for the McDonald's Campaigns "McDonald's Me Encanta" and the Toyota Worldwide TV Campaigns of 2010.Shortly after leaving Universal Music Latin,Adassa decided to explore the American Mainstream Dance Market and signed to the veteran Independent Dance Label KULT Records from New York City. Their first 3 collaborations produced a slew of EDM crossover titles that she co-wrote and co-performed including a spin off of Shannon's "Let The Music Play" entitled "Boom" co-featuring Snoop Dog, "Can't Stop Believing" co-featuring Pitbull and "I Wanna Feel Real" co-featuring Flo Rida.All three collaborations have just been released across the Globe by licensing Partners such as KONTOR Records (Germany) and Victor (RCA) (Japan) at the beginning of 2014 and are currently beginning to chart.Adassa is a savy music industry insider and is part of Sag- Aftra since 2006. She loves being part of the Union because she can be the voice for all talented Artists that need representation and recognition and above all proper wages. Adassa lobbied in Washington DC as part of the Founding Artist Committee for the HR 4789 Performance Right in a Sound Recordings act and she performed in the Oval Office and in Congress for the leading Senators on premise. Adassa has been part of the board in negotiations for the Sag-Aftra sound recordings in New York, 2010 - 2012, and was a speaker at the AFL-CIO 2013 listening session in Los Angeles. She is currently on the Committee of National Government Affairs and Public Policy, on the Committee for Sound Recordings, on the National GAPP Committee and AFL-CIO Shared Prosperity for the Global Economy Committee.Adassa and her label KULT Music are poised to take the mainstream audiences by storm, and if their first collaborations are any indication of things to come,Adassa already hit the ground running!