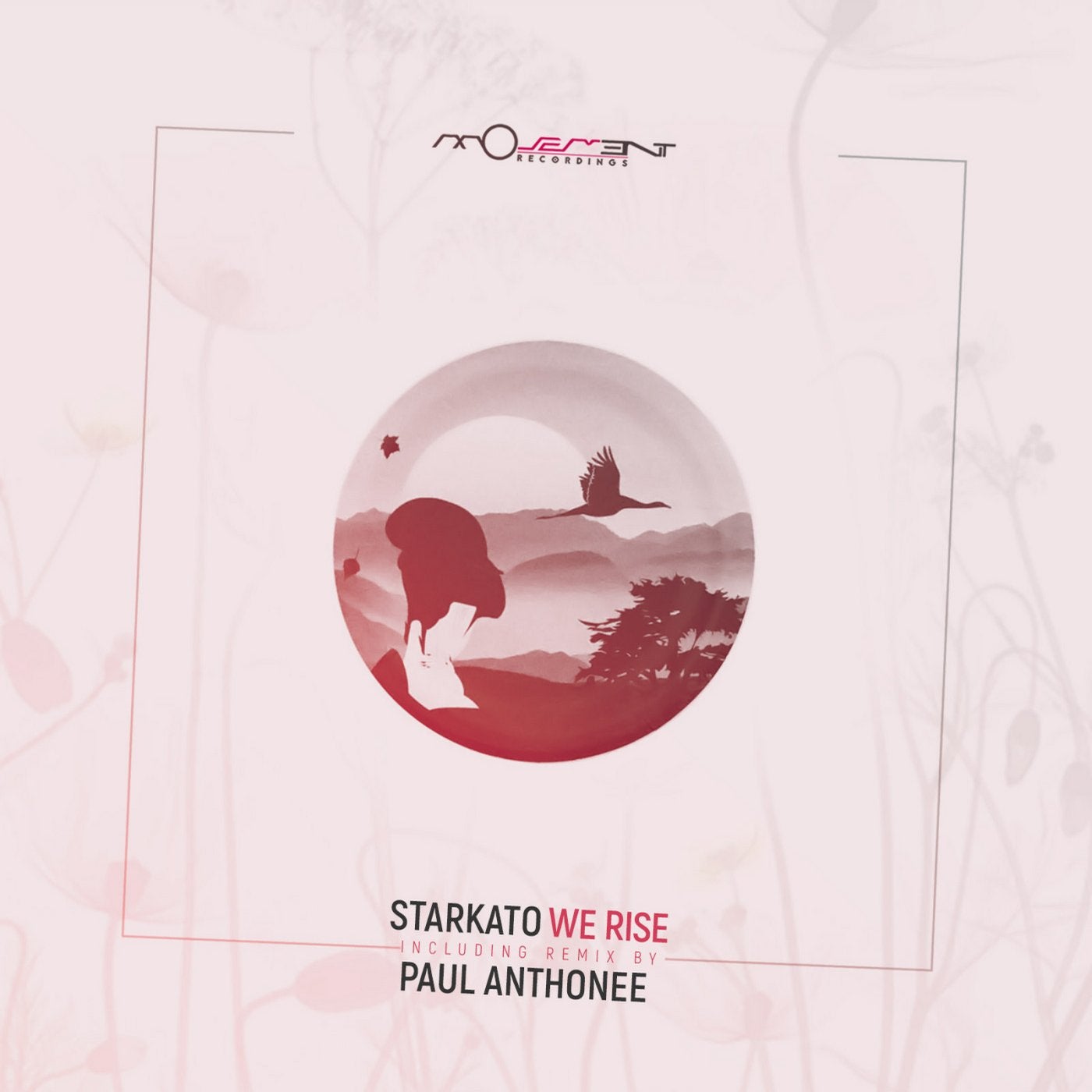 The latest release from Tash's Movement Recordings welcomes Starkato back to the label for a brand new EP. The German artist first appeared on the Greek imprint in January of this year with 'Rina', a four track artist showcase produced with sometime studio partners TH;EN. Also owning releases on Hernan Cattaneo's Sudbeat Music, Beatfreak and Asymmetric Recordings, Starkato now returns to Movement with a brand new EP alongside a remix from Paul Anthonee.

The creativity of Starkato's work has always been revered by both his fans and contemporaries. His latest collection of music should not only continue that trend but shows an artist who is stretching his sonic boundaries. Beginning with the title track 'We Rise' the German artist explores spacey textures and trippy lines, all set perfectly on a bed of dulcet kicks. Developing methodically, the lead theme comes to full fruition during a dramatic yet highly emotive break, ultimately leading to a smooth, exhilarating conclusion. The second selection 'Aura' creeps closer to peak time with a full driving groove and waves of vibrant percussion. Drenched in character, raspy lead stabs wrap around the framework as a spaced out arp pushes the hypnotic qualities higher. Rounding out the originals is 'Ion' which continues the momentum with a full, machine like groove and piercing stabs which set a dramatic tone early. The narrative shifts during the main break however, as reflective themes bring emotive moments, before melting down into darkness as the beats drop for an intense finale.

The lone interpretation of 'We Rise' is provided by Paul Anthonee who is returning to the label for his second appearance. Hailing from Cyprus, Paul made his Movement debut in September of 2017 with a remix of 'Antia' by MRTNZ and Lack Of Fate. Subsequent releases on Suara and Beatfreak Recordings have solidified Paul's place amongst the electronic music elite. Now making a welcome return to Movement Paul closes the release out with a stunning interpretation of 'We Rise'. Anchored by perfectly sculpted kicks and waves of wobbly bass the hypnotic sensibilities are evident from the beginning. Detailed percussion brings a great sense of space while a melodious arp further tantalises the senses. It's evolving storyboard is perhaps it's strongest suit as ethereal motifs lift the vibe higher before a colossal break preludes a storming third act finale. A massive remix from Paul which rounds out a hugely successful return to Movement from Starkato.