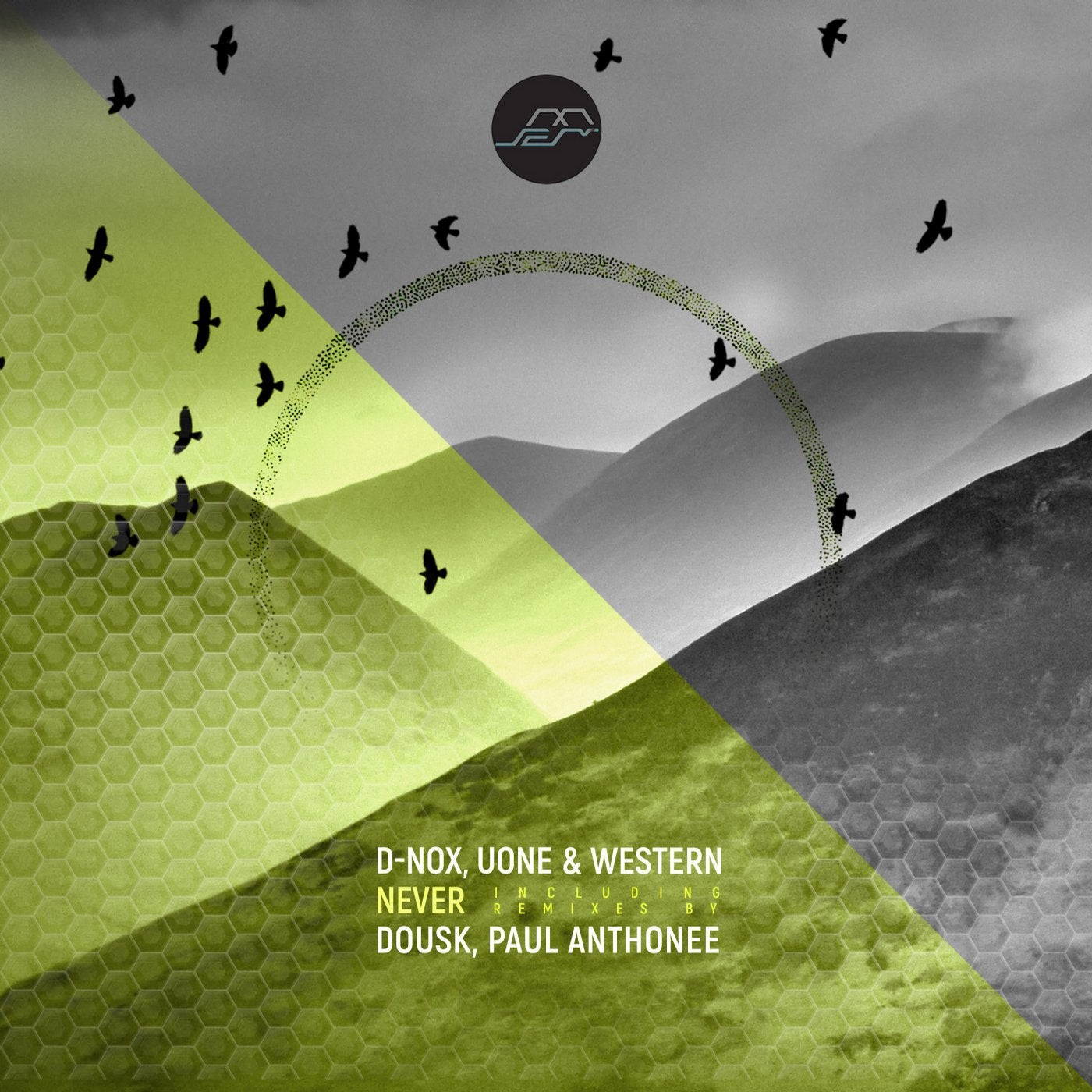 The latest release on Tash's Movement Recordings welcomes D-Nox, Uone and Western for their first ever collaborative project. The trio has a rich history in electronic music with a collective discography highlighted by releases on John Digweed's Bedrock Records, Hernan Cattaneo's Sudbeat Music, Balance Music and Sol Selectas. Now coming together for their debut single, D-Nox, Uone and Western present 'Never' alongside remixes from Paul Anthonee and Dousk.

Beginning with the tight, punchy beats and detailed design of the original mix it's clear the trio is operating at their creative peak. Fresh and dramatic across it's near eight minute journey, it's a sensory delight full of welcoming dance floor dynamics. As mounds of bass undulate, spacey arps add a mystical vibe, before vocal overlays further the narrative through ghostly meanderings. Building subtly, the beauty lies in the break, classy in execution and undeniably cosmic as clustered electronics, redolent arps and wispy wails converge in a perfect sonic marriage. And for the less vocally inclined the trio have also included a dub which carries all the astral qualities of the original.

The first interpretation of 'Never' is provided by Paul Anthonee who returns to the label for his fourth appearance. The Cyprus based artist last appeared on the Greek imprint in December of 2018 with his well received 'Nemesis' EP. Also laying claim to releases on Beatfreak Recordings and Suara, Paul now returns to Movement Recordings with a stunning rendition of 'Never'. Fluid and crunchy in equal measure, it's a mix that drifts away from the emotive themes in the original, while adding an ethereal vibe through unique sonic artefacts and a wonky lead theme. Tension and drama come in waves as percussive flurries and industrial-like effects make for several dynamic moments leading into the break. The centrepiece furthers the storyboard as it's operatic tones build to a sonic sizzle before a powerful drop cues an exhilarating finale.

The release concludes with Dousk returning to the label and providing the second and final interpretation of 'Never'. The Greek artist has been a mainstay of the Movement Recordings roster since making his label debut in 2011. Widely regarded as one of progressive music's most creative talents, Dousk has showcased his work on John Digweed's Bedrock Records, Proton Music and Vapour Recordings. Now following a chart topping remix of 'X-Groove' by Lonya and Wally Lopez to end 2018, the Greek artist presents a stunning remix of 'Never' for his first production of the new year. Deep and driving, it's meaty low end is warm and wonderfully contoured, while dynamic stabs, clustered keys and exotic percussion fill in the framework. Astral designs intertwine with fragmented vocals, elegantly panning across the stereo field, transitioning into the centrepiece where drama and tension are at a premium. Timely modulation continues to elevate the mood, before further vocal edits and waves of noise deliver an exhilarating apex and percussive drop. Another stunning remix from Dousk which rounds out an exceptional offering from Tash's Movement Recordings once again. Highly recommended