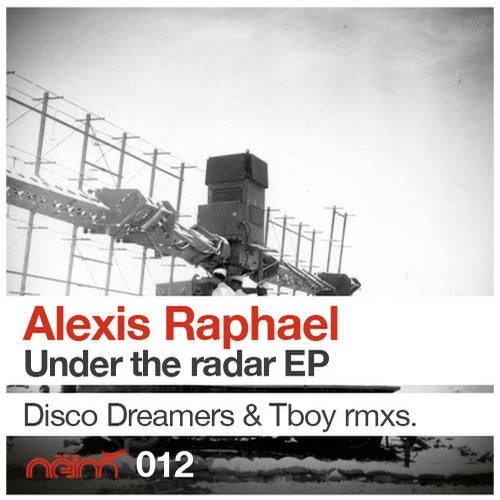 Exclusive
With this EP is Alexis Raphael makes his debut on Neim, the Under the Radar is pretty hypnotical yet remains funky enough to set the mood on the dancefloor, deep rolling bass is what this track is all about, no wonder it has been on the playlists of Jamie Jones & many more. Running from you takes us back in time, the 909 kick, the open hat & the stabbing vocal becomes a traveling machine directly to the mid 90s. Next the Disco Dreamers remix, as soon as the track starts the disco feeling comes up indeed, then a full throttle heavy bass goes hand to hand with an old fashioned pad adding a clever use of vocals, a charming track for sure. Italian born Tboy slows down the tempo to complete this EP giving a Nu-Disco feeling to his interpratation, but remaming faithfull to the deep housey vibe of the original track; dont be mistaken this can be played on the big rooms with incredible response.

Under The Radar EP