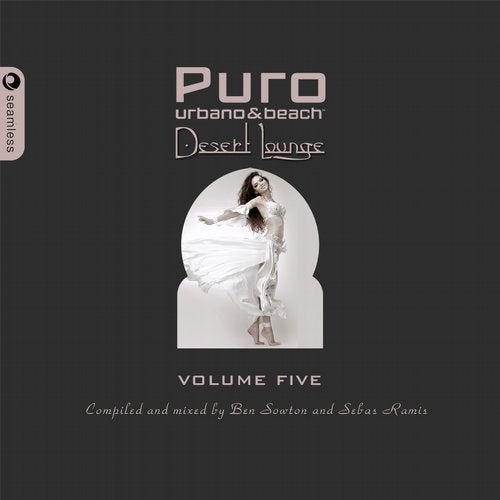 Back in the Autumn of 2007, Puro descended on Marrakech for what has become known as the Desert Lounge Weekend. Sited in the middle of this bustling, energetic and atmospheric city is the ancient setting of the magnificent Palais Badi. The weekend was packed with some of the biggest acts and DJs in the world with live performances by Bryan Ferry and The Egg and DJ sets from Basement Jaxx, Dimitri from Paris, Giles Petterson, and Ben Sowton, the compiler of the Purobeach series and spawned the idea for the Puro Desert Lounge series

Puro Desert Lounge, having taken a year off in 2013 is back with the 5th in the series with its unusual combination of North African and Middle Eastern inspired chill out and downbeat tracks on CD1 with some of the finest producers of the genre represented notably dZihan & Kamien, Chris Coco, Caravane and Ecodek. The mix takes you on a journey across the Sahara through to Red Sea with the tempo building to a crescendo with Caravane's Imout Rih and the 1990 classic by the Beloved, The Sun Rising by the Normalities remixed by Shur-i-kan.

Sebas Ramis, the resident for the Puro Group, a job which takes from Purobeach Dubai to the Black Sea, performing for over 10 Puro locations across the world, takes his mix deeper and darker. Unlike the Purobeach mixes, this has a rawness and more intense feeling with some notable tracks including Ian Pooley's Groove Me and Chymera's Wish. The track list reads like a Who's Who of deep and techy house producers and remixers.

This year is the 10th Anniversary of Purobeach and a huge amount of activity is planned across the year to celebrate this milestone with many events and publicity to support the releases.