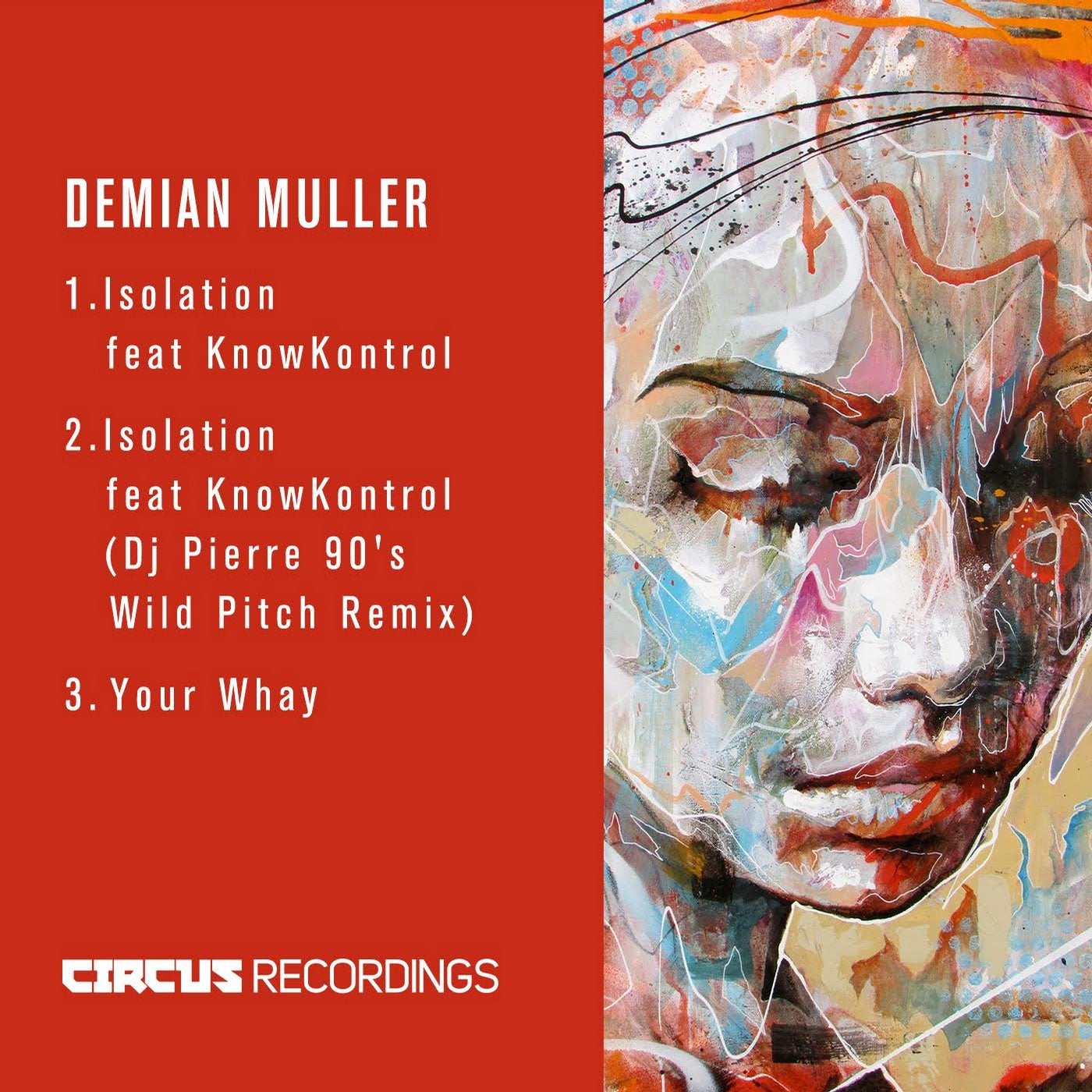 Chilean Swiss house maestro returns to Circus Recordings for his second release on his home label. Demians accolades as a producer, an innovative DJ and creative musician led to him releasing on the worlds finest labels such as Cadenza and 8Bit, as well as having one of the finest back catalogues in house and techno.

Isolation in its original form opens the EP with graceful confidence, A journey track, hypnotic, while being resolutely dancefloor. As the track unfolds and opens up it leads to an emotive, eerie vocal in search of empathy, before it explodes once again, pulsating at full force.

Dj Pierre steps up on remix duties. Label owner and super fan Yousef requested for his hero to approach the remix with Wild Pitch in mind, the sound Pierre made his name with on labels like Strictly Rhythm in the 90s. Typical of the Wild Pitch sound, the track builds and unfolds, layer after layer, constructing into a subtle fiend as the track culminates, another journey track, the blue print of house music.

Lastly Your Whay. is an exceptional musical expedition. Tough drums lock the groove while the mesmerizing keys captivatingly trek on and on until the octave lifts and lifts to a dazing crescendo, its an instant classic. Yousef sites this as one of his favorite ever Circus Recordings releases