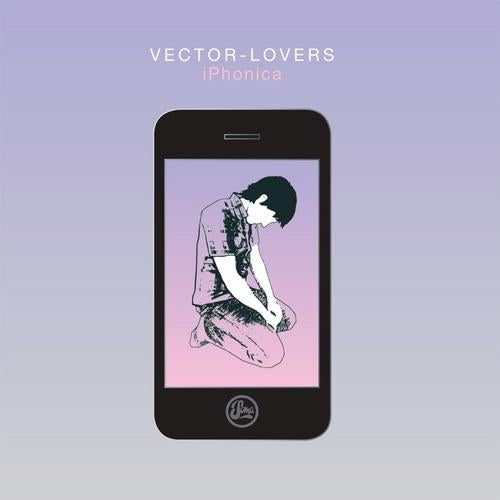 The forthcoming album iPhonica from Vector Lovers (Martin Wheeler) is his first full release since 2011's compilation Electrospective and features sixteen new tracks from the electro-ambient producer. Although marking a return to the synthetic melodies and 'Kraftwerk in Tokyo' influences of Vector Lovers's eponymous 2003 debut, the new album has taken a strikingly different route in terms of its production. As the title suggests, iPhonica was composed, mixed and produced entirely on Martin's iPhone 4.Developed over a period of ten months the album was made with nothing more than an iPhone and a pair of Sennheiser HD25 headphones. Numerous locations would stand in as makeshift recording venues, including train carriages, a doctor's waiting room, cafes in Berlin, off the beaten track on the Yorkshire moors, and Martin's back garden. Blip Interactive's Nanostudio app became Martin's weapon of choice for synthesizing, sampling and composing the sixteen tracks that make up iPhonica.Asked whether he found this pocket-sized approach to music production limiting, Martin says Nanostudio is just like a more compact version of Reason, the software I used when I first began recording as Vector Lovers... Keeping everything on my iPhone enabled me to capture ideas wherever inspiration struck. I'd hear a melody in my head and be recording it a few seconds later, or would sample a train announcement and drop it straight into a track while traveling. With Nanostudio I found making music more spontaneous again and I enjoyed the return to simplicity. It was a relief not getting sucked into that whole production thing, where you spend hours tweaking layer upon layer of EQ while forgetting the real work is in the arrangement... Working within the limitations of an iPhone has made me a better musician, if anything.On listening to iPhonica the evidence suggests it may be a price worth paying the album shines as a gem of electronica. Whether slowly building atmosphere as in the opener 'Nakadori' or hitting the ground running with 'Warm Laundrette' this is synthetic music that elicits an emotional response. The mournful simplicity of 'Sender To Nowhere' is beautiful enough to make your heart skip a beat - but you'll have to pinch yourself to remember it was crafted in a single sitting, with nothing more than an iPhone and the stars.iPhonca is somewhat of a special release for Martin. This album celebrates ten years of his Vector Lovers project and more solemnly marks the end of it also. Much like the eponymous Replicants from a much-lauded Sci-Fi classiceverything has a lifespan and Martin is happy to have seen this project through to the natural end of its cycle.