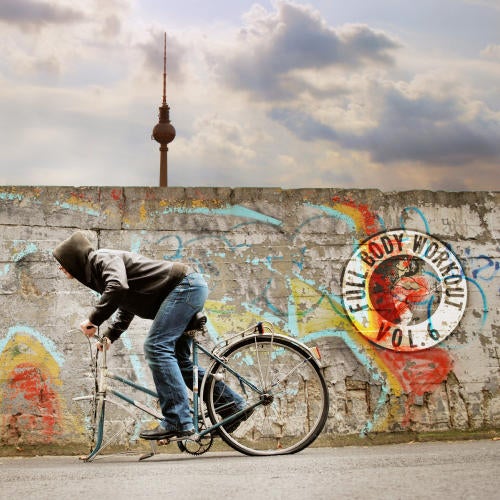 Full Body Workout’s sixth installment arrives as the fresh effervescence of Spring hits the Northern Hemisphere. Once again, the Get Physical head honchos of DJ T. and M.A.N.D.Y. selected some of their favorite artists to be apart of the playground that introduces relatively new artists in the forms of collaborations as well as solo material. Spain’s wonder hit crew of Coyu, Uner and Edu Imbernon elbowed their way onto the international scene with Coyu and Edu’s mega bomb, ‘El Baile Aleman’ and Uner and Coyu’s, ‘Raw Sweat’ on Diynamic. ‘Tres Es Three’, is the first, of what we hope will be a consistent run of tunes from this Iberian trilogy of upcoming talents. The Spanish-born, Geneva based Mendo, has collaborated with his fellow countryman Danny Serrano on a number of releases. Their contribution for the compilation comes in the form of ‘Atalaya’, a joyous roller with a solid groove. Gavin Herlihy and James Barnsley team up to deliver ‘Right Here’. If this one does not get you moving than your feet must be glued to the floor. Unflappable percussion and a butter-like smooth synth workout, make this suitable for peak time and, of course, the after-party. The Parisian mathematician turned House professor crafts one of his most epic tracks to date, ‘Bon Baiser de Bombay’. Based on a sample from the Derrick Carter and Chris Nazuka track, ‘Somewhere Between Distance and the Impossible’; a seminal track that could only influence an ethereal House experience. Julian Ganzer, who you may know from his remixes of Booka Shade and Lopazz, which have been previously featured on Get Physical, teams up with Ola to create the Electro tinged, ‘Opposition & Superstition’. London based The Fix make their initial surge onto the GPM stage with ‘V1’. The sometimes-live act and sometimes-DJ duo use a captivating percussive groove and clever Detroit stab melodies to get the party going. The Venezuelan wonder boy Delete a.k.a Sergio Muñoz is a young talent we have had our eye on for a while. ‘Been Groovin’’ is perfect for spicing up any dance floor in need of a quick burst of energy. Daniel Mehlhart is by no means a new comer to our stable. Having previously provided two singles for our Kindisch counterpart as well as a remix for Get Digital. ‘Womp Womp’, sees the young Frankfurter utilize his own vocals to some tickling effects. Turning back to the America’s, our good friends from Costa Rica, Kabuto & Koji, contribute with a track that perfectly represents their sound aesthetic. The deep atmospheric sounds and crackling drums of ‘Wonder Swan’ are a highlight. Winners of our Producer Challenge, Michal Ho and The Midnight Perverts contribute with their track, ‘Miami Sucks’. We’re not sure if the million of tourists who visit the city per year agree, but it is a track that could heat up any Miami club. The runner-up in our Producer Challenge is the young Hungarian, Vick Echo, with one of his first productions, ‘Strange Things’. The sixth volume of Full Body Workout is one we are especially proud of. Many of these artists are not newcomers at all, rather future stars, who will lead us into the next decade of dance music. A group of artists that hold one thing above all else: the music.