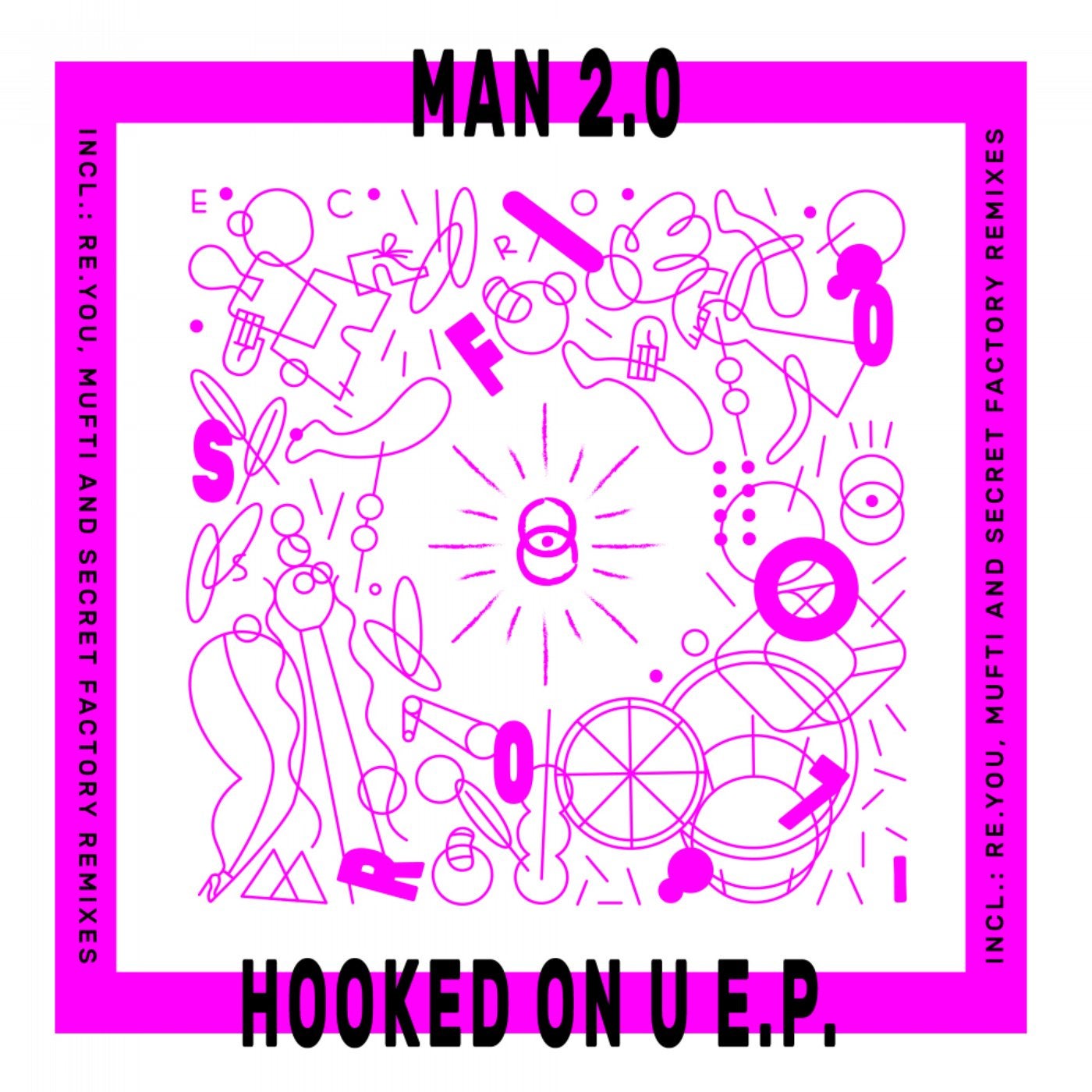 Man2.0 is Mark Bailey, a prolific producer from London with releases on Nein, Wonder Stories and Controlla. His obsession with forgotten 80s gems, EBM and sampling sounds out of toy instruments gives him a distinct sound that has won him plaudits from the Hacker, the Juan Maclean and his hero Andrew Weatherall, who played his most recent track on his NTS radio show.

He kicks off this new EP with 'Hooked On U', which spits, hisses and fizzes with punky attitude and frazzled sound designs. The slapping drums and hits jerk you into action and the brooding bassline adds real menace. The excellent 'The Night We Went to the Sea' is more cosmically minded, with trippy synth sounds and sci-fiarps lighting up the space-disco grooves in real style.

First to remix is Re.You, the German artist and Avotre associate with a fresh take on house. His version is typically tribal-tinged, with hypnotic drums and sustained pads all sinking you into a chunky groove.
Mufti is the next remixer, a project from Bernardo Barrera of Guadalajara, this moniker comes after him being a part of Los Fugazzi and finds him focus more on rock variants and 80's music. His remix is a macho one with whirring machine sounds, dark vocoders and a building sense of tension that is futuristic and shadowy.
The by now well-respected label bosses Secret Factory then add their own spin to close out the EP. It is an icy one, with
scintillating chords layered up into an entrancing tech workout as curious effects litter the grooves.