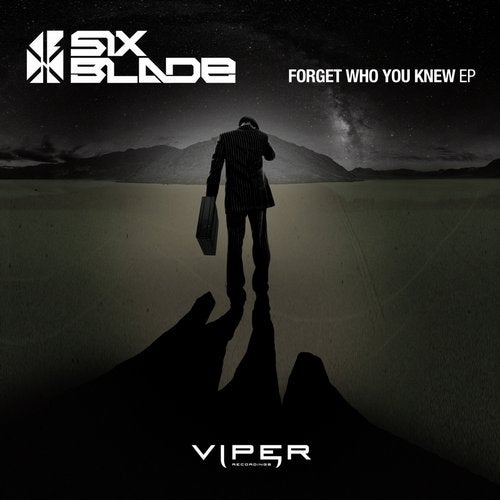 Exclusive
2013 has seen Viper Recordings soar to new heights with a slew of highly impressive releases shaking up the scene. This year has seen the release of ShockOne's highly acclaimed 'Universus' album (#1 album on iTunes Australia) along with huge singles from Matrix & Futurebound in the form of 'Magnetic Eyes' (#24 in UK Top 40) and 'Control'. Along with the signing of new talented producers such as The Prototypes, Brookes Brothers, and Koven, Viper Recordings has truly become one of the premiere bass music labels in the industry as they head into their 10th year in 2014.

To finish off the year, Viper is now set to drop a fresh release from another exclusive signing, Six Blade. The exciting new project from the duo formerly known as Mattix & Futile, have returned bigger and badder than ever. The Brighton-based production team has already made a splash this year with 'Flash Forward' on Viper's 'Summer Slammers' compilation, along with a huge remix of Futurebound & IsideInfo's 'Mermaids' on Viper's landmark 50th release - in addition to a huge remix of Major Look's hit track 'No Hope City'.

'Lightbox'
After a bouncing intro full of vocals snippets and amen samples, 'Lightbox' make way for a highly infectious synth line. Throw in pulsing bass and rolling drums and the result is another highly polished Six Blade
production. Retro yet futuristic, 'Lightbox' surges forward, with vocal samples and stabs cementing both its unique vibe and Six Blade's versatility.

'Electric'
Taking up where 'Lightbox' left off, 'Electric' rolls out the disco tinged vibes. With a build-up comprised of vocal snippets and neon soaked synth stabs, 'Electric' charges up into a tune designed to rock the
dancefloor.

The exciting new project from DnB duo, Six Blade (formerly Mattix & Futile), have returned bigger and badder than ever with the debut EP on Viper. The Brighton-based duo has already made a splash this year with 'Flash Forward' on Viper's 'Summer Slammers' compilation, along with a huge remix of Futurebound & InsideInfo's 'Mermaids' on Viper's landmark 50th release, and a big remix for Major Look's hit track 'No Hope City'.

Hailing from Brighton, Six Blade (aka Jack Wakeman and Mike Davis)) is the project from drum and bass duo, Mattix & Futile.

Having gained heavy support over the last few years from DJ's such as Friction, Crissy Criss, Grooverider, MistaJam, Dirtyphonics, and the Brookes Brothers with their releases on Crystal Clear's Cold Blooded Recordings and A.M.C's Titan Records imprint, the duo have launched a brand new alias, signing exclusively with Futurebound's Viper Recordings - the label that launched the careers of such heavy-hitters as the Brookes Brothers, Sigma, Camo & Krooked, Nero, ShockOne, Seven Lions, Delta Heavy, Smooth and many more.

Six Blade, aka Jack Wakeman and Mike Davis met at school and started DJing in other genres at the age of 16. It wasn't until three years later that they discovered drum and bass. Both sharing the love for this new genre, they formed the duo Mattix & Futile. Wanting to be more than just DJ's, they began producing music two years later at the age of 21.


In 2010, their first single 'Rising Up' was hammered by Friction, D-Minds and even featured as Grooverider's rewind track on BBC Radio 1 alongside regular airplay from the man himself. In 2011, they released their first two singles on Cold Blooded Recordings 'Take You Back' / 'Believe' and 'Corkscrew' / 'Where We Are'. Both singles were rinsed by many of the top DJ's in the scene and received support from both BBC Radio 1 and 1Xtra. 'Corkscrew' not only reached number one on the Drum & Bass Arena Download charts, but also featured on Drum & Bass Arena's 'Evolution' album. In 2011, the pair linked with A.M.C to create 'The Meddler', which served as the launch of Titan Records first release 'The Surface EP' and went on to feature on UKF's 'Bass Culture' album.


The duo decided to take some time out to work on their production and came back in 2012 with another release on Cold Blooded, 'Wreck The Noise' / 'Burnout'. Both tracks were cained by DJ's in the scene, with 'Wreck The Noise' claiming the number one spot on the Trackitdown Drum & Bass chart. Linking with A.M.C once again, they remixed Dukebox's 'Pressure' which received huge support from MistaJam on 1Xtra. The trio then teamed up with Katie's Ambition to make 'Was There Ever' which was featured as an exclusive track for Drum & Bass Arena's 'Summer Selection' Album. Finishing off the year, Mattix & Futile dropped their remix of Substantial Error's 'Sunshine' which received great support on 1Xtra through Crissy Criss.

Forget Who You Knew EP