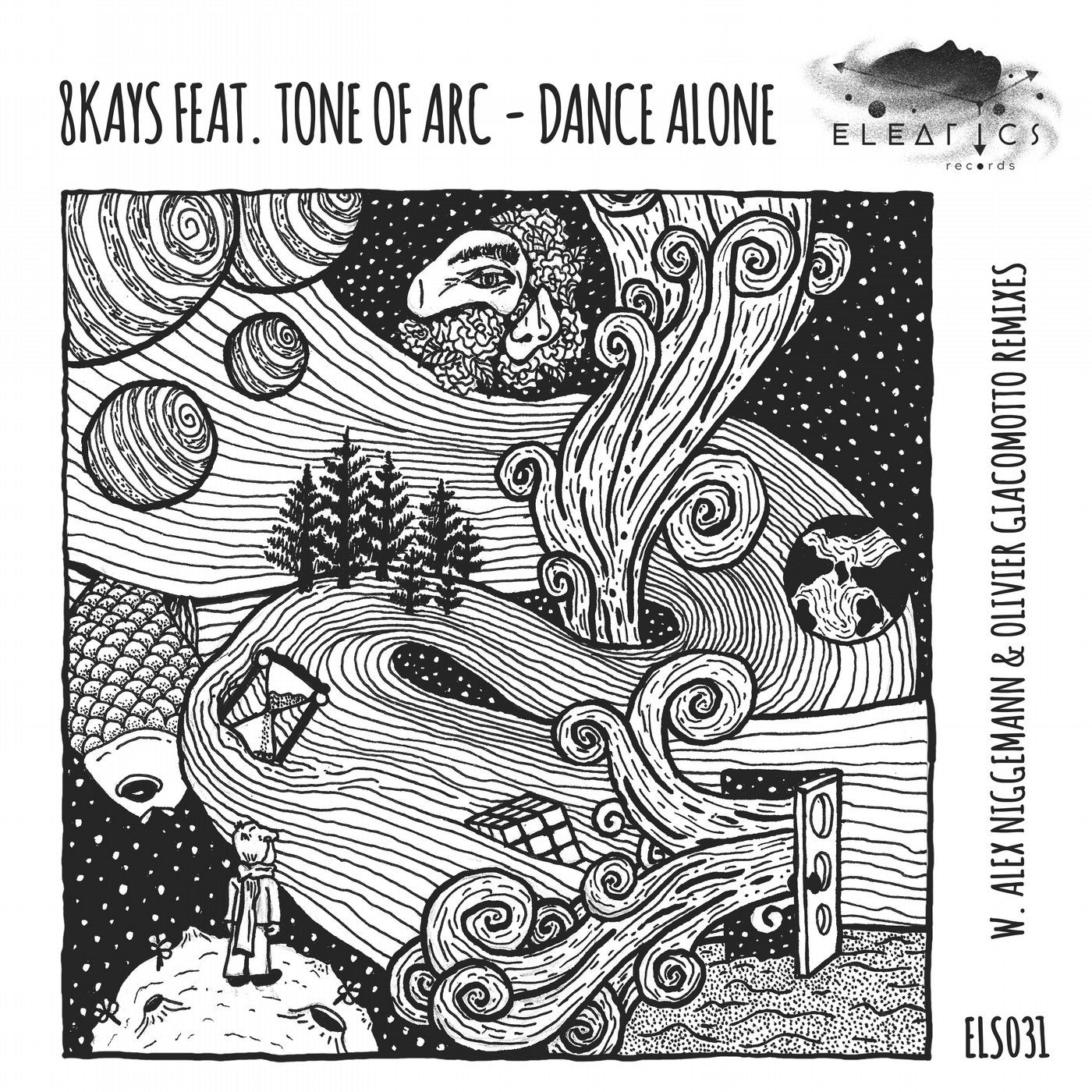 With the 31st release at Eleatics, it's a double pleasure to reveal another bright Ukrainian artist behind its' creation: 8Kays.
Ira 8Kays has come a long way, forming and progressing her sound into a distinctive fusion of heavy punctured bass leads, twisted together with melodic progressions and united with the powerful voices of the singers, whom she is fond of involving into the projects.
8Kays has formerly released via Sincopat, Jee Productions, Baroque, so we are happy to welcome her with a debut at Eleatics.
Always versatile and unpredictable 8Kays has teamed up with American singer Tone Of Arc, whose vocals are perfectly describing the tight and grave mood of the rich instrumental.
The track leaves a chance to catch Ira's visible passion for mellow leads and bass density in this release.
Another chapter is for remixes here.
German-based producer Alex Niggemann, the artist with the rich line of past releases via Damian Lazarus' imprint Crosstown Rebels, Sasha's Last Night On Earth, Steve Bug's Poker Flat Recordings and his own AEON; the producer, who has constantly been able to fuse the best of both old and new music influences, has created an entirely unique symbiosis of techno & breaks vibes, where the sound of the remix can ideally be called 'the best of techno & breaks', if speaking briefly.
We do believe this version will inspire and attract more listeners worldwide, taking the base of followers far beyond melodic house & techno world.
Legendary French artist Olivier Giacomotto, producer with the numerous past releases via Noir Music, Get Physical and his own Definitive Recordings is the important figure of the French electronic scene.
Olivier is crafting the classy groove remix based on the hypnotic bassline and the mellow structure of the original mix.
This mesmeric and proper remix comes out as the final chord of the release.
Be sure not miss, as we've proved the meaning of what we mean with 'no boundaries' motto; here and with past, this and upcoming releases, which we can't wait to share with you in nearest future.
Stay tuned with us, we still set no boundaries.
https://soundcloud.com/eleatics
https://www.facebook.com/eleatics