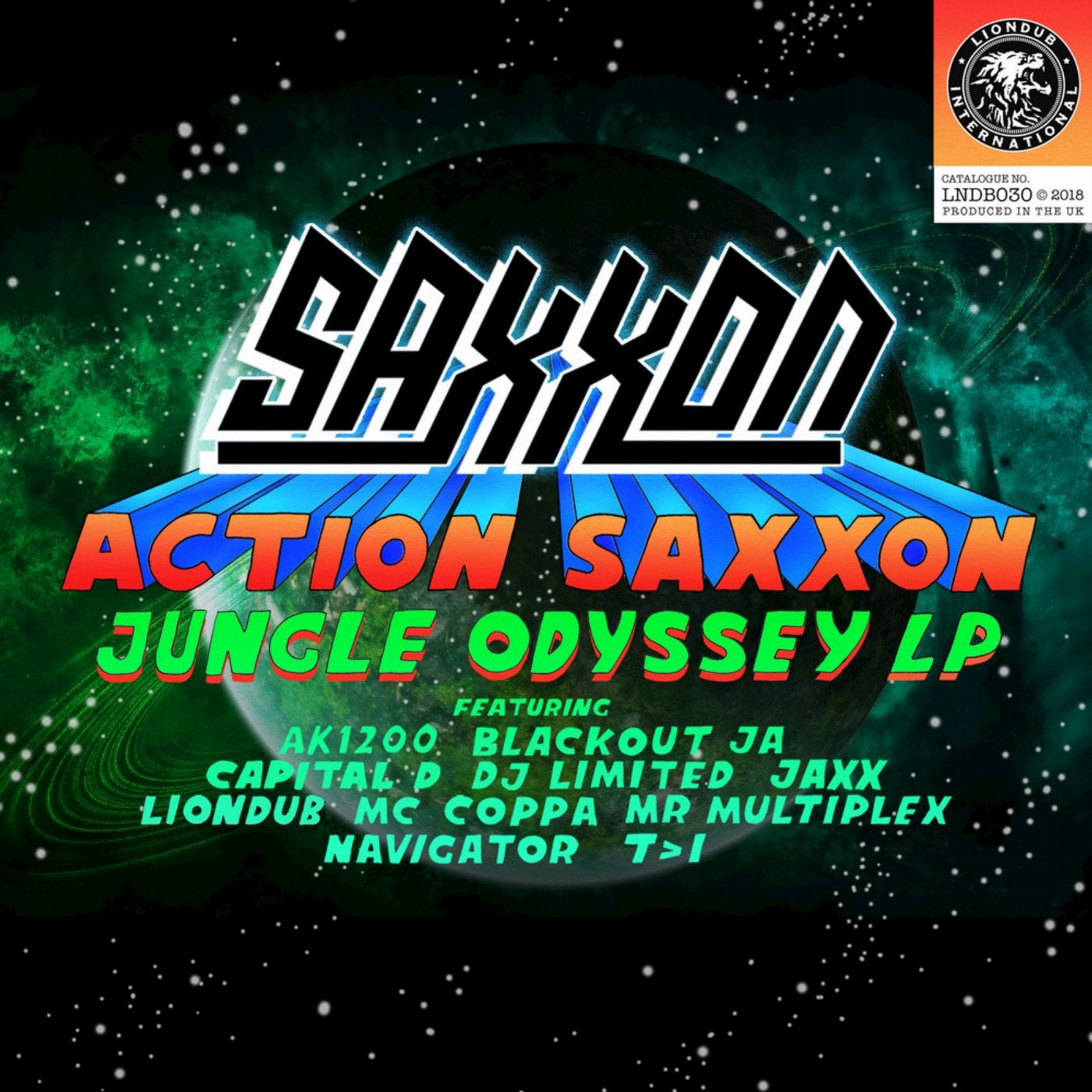 In celebration of the Liondub International label's 10 year anniversary Liondub is proud to present "Action Saxxon - Jungle Odyssey", the premiere concept LP from Norwich, UK based producer Saxxon. Saxxon is well known and highly respected for his rock solid mixing skills as well as his signature soulful, and experimental Jungle Drum and Bass sounds. He has had releases on major labels such as V Recordings, Liquid V, Chronic, Spearhead, Dread, Colab. G13 and the Drum & Bass arena imprint. His success and extremely loyal fan base is the result of years of hard work creating stand out D&B tracks that are infused with a particularly classic jungle sound that draws from a variety of genres including soul, funk, jazz, reggae and more. Saxxon can produce every style of Drum and Bass and this LP is a testament to his versatility and the depth of his production skills. In addition, Saxxon has collaborated with an amazing cast of producers and artists including T>I, DJ Limited, Jaxx, AK1200, MC Navigator, MC Coppa, Blackout JA, Capital D, Liondub and more to create a stand out LP that will find its way into to club and radio sets worldwide and will surely stand the test of time.