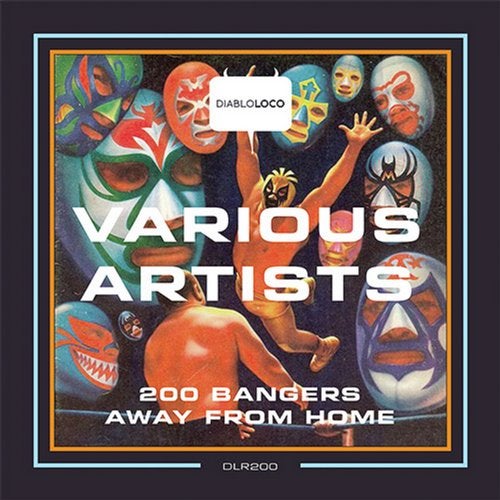 DIABLO LOCO RECORDS is the new quality label focused on Tech-Funk, Electro-House, Tech-Breaks sound by top artists of the international scene. Inspired by the traditional Mexican wrestling culture and the famous Luchadores the label aim to deliver top class singles, remixes, compilations and design! Doña Eugenia Esparza is cursed by Satan for her deeds, and once her necklace is taken by The League Of Nine Extraordinary Luchadores, she rises from her tomb to wreck havoc on the descendants of the Spanish viceroy who done did her wrong. It turns out that the grandson of the archaeologist is one such descendant and his whole reason for leading this project was to break Esparza's curse and save his grandson. Some of mighty Luchadores sees her moving corpse, but the others doesn't and just assumes that the rest have gone soft in the head. In fact, Luchadores spend their time dealing with a bunch of Gangsters out to get their hands on the gold doubloons. These same gangster also hide out in a Colt 45 bottling plant. I shit you not. This is DIABLO LOCO 200th release and with a bunch of excellent Luchaodres we're damn proud about it! 1.DANNY DEE-Knife Life 2.DESTILUX-Yawn 3.TEDY LEON-Golden VIP 4.DUBAXFACE-Red Planet 5.MACHO-Come On 6.MOTIVBREAKS-Synths and Feelings 7.BEAR MOSS & DJ BREEZE-What! 8.UNDERGROUND UTOPIA-It's Gone 9.ALT-A-Bright Lights DIABLO LOCO RECORDS "THE TRUTH BEHIND THE MASK" www.myspace.com/diablolocorecords http://soundcloud.com/diablo-loco-records http://www.discodistribution.com

200 BANGERS AWAY FROM HOME