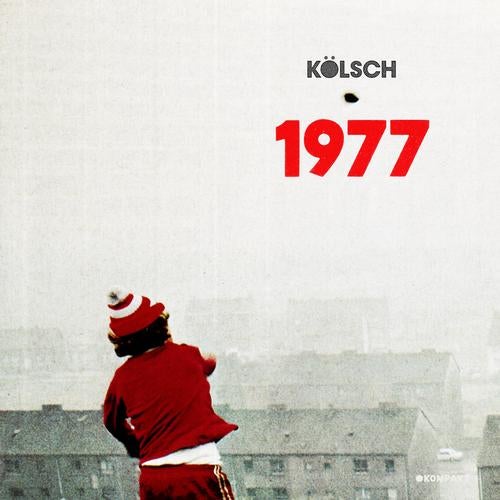 Exclusive
SPEICHER staple and renowned club juggernaut KÖLSCH debuts on KOMPAKT with the full-length “1977”, an extraordinary collection of club gems that introduces his earlier masterpieces to exclusive new material. Here, the epic, the rad and the snappy find themselves under one expertly crafted groove, making this album an essential choice for both home clubbers and floor hounds… your new best friend is here and it’s a record. Despite the name and despite our well-documented love for Cologne’s beer, KÖLSCH isn’t a local and he didn’t label himself after the famed brew. Even with a much-acclaimed print run and a series of venerated live appearances under his belt, award-winning Danish producer Rune Reilly Kölsch has to regularly duck quizzical questions about his heritage. And yet he couldn’t be clearer: take, for example, established floor favorites OPA (German for “Grandfather”), DER ALTE (a classic German TV series) or SILBERPFEIL (a legendary German racing car)… those track titles all refer to Rune’s memories from a childhood spent in Germany. “1977” isn’t a simple “Best of” hack job, however: with new crackers BASSHUND, BAPPEDEKKEL and EISWINTER lighting the fire, KÖLSCH doesn’t need to worry about future impact. And then there’s a cut like OMA, an emotive counterpart to the slightly sardonic OPA and every bit as engaging as canonical hyperballad ALL THAT MATTERS. For the grand finale, Rune turns to LORELEY, the inaugural release of the project and to this day a massive banger in its own right - so powerful in fact, that the shock needs to be absorbed by two more tracks: the sweeping WASSERSCHUTZ and a Trojan horse called FELIX, originally intended to be an album outro of sorts… but then someone pushed the button and the trans-dimensional portal sprang to life. Tracklist: 1. Goldfisch 2. Opa 3. Bappedeckel 4. Der Alte 5. All That Matters (feat. Troels Abrahamsen) 6. Basshund 7. Silberpfeil 8. Oma 9. Zig 10. Eiswinter 11. Wasserschutz 12. Loreley 13. Felix