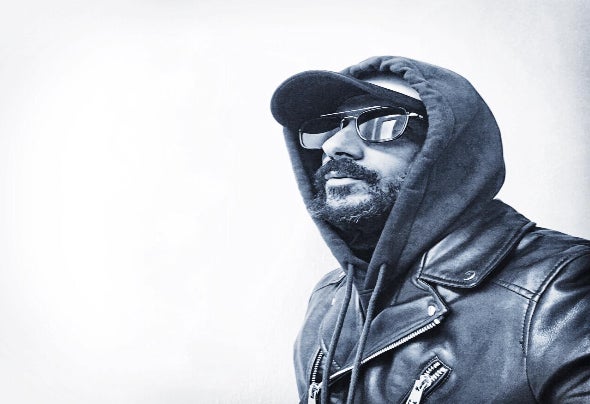 George Derekopoulos (Sunset Derek)was born in Athens in 1985. The musical influences that he received at that time, and in particular the ’90s, along with his passion for collecting vinyl’s, cassette’s and cd’s worked catalytically. He started playing music at the age of 15, at school parties.In 2009/10 his first official release comes out from The Sound Of Everything records .Wanting to learn more about the production secrets, he ends the EMP (Electronic Music Production) section of SAE institute Athens and is entering production with more releases in Greek and foreign labels. In the same year as a resident dj at the top club/bars of Corinthia,Gr he collaborates with Royal Events and paves the way for weekly parties in several hot venues of Athens at that time such as Sixx, Mamacas, Animal, Dybbuk, Akrotiri, Drazel, Boutique and with a lot’s of guest performances all over the Greece and Cyprus. The cover of Billie Ray Martin’s song – Your Loving Arms with RooMates and the vocals with Peggy Zarrou makes him even more famous as he becomes a big commercial hit. His remix on Dim Chord – I’ll See It Through ,Get Better play on the WorldWide Show Nocturnal of Matt Darey’s in Ministry of Sound & ASOT 550 and it opens the way for an official remix of the classic track Dr.K & Nii vs Shiha – I’m Alive by legendary Frisky records. In 2014/15 he finds him resident at Dabbus / Athens with a well established successful party every Friday as he hosts well-known Greek djs with him. The same summer he plays at Summer Land in Nuremberg / Germany. He has shared the decks with Electronica / Dance Worldwide dj’s such as Nicole Moudaber, Kiko Navarro, Martin Roth, Daniel Bortz, Kenny Karpenter and acclaimed Greeks such as Cj Jeff, Agent Greg, Dino Mfu, Chris Child, T.Triantafillou, Junior Pappa,VSag , Dim Chord ,Gpal and many more. It continues to host residencies and events in hot clubs & bars in Athens and the rest of Greece & Cyprus. Also always expect new music from Sunset Derek