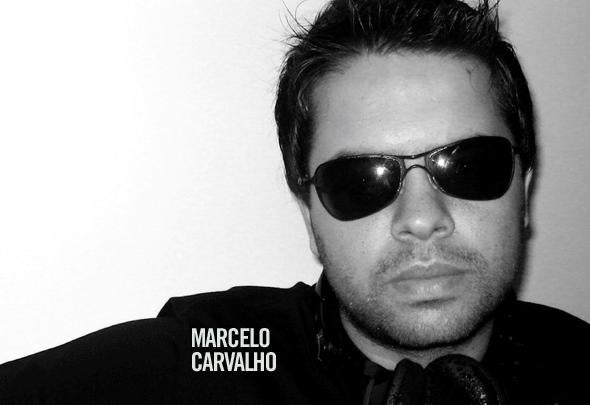 Marcelo Carvalho Marcelo Carvalho has been playing as dj for the last 12 years and producing electronic music for the last 4 years. He started his career as dj in 1994, when he was 14 years old. By then, he was playing in parties ane events in São Paulo. In 1996 he started participating in raves where he played techno and its substyles. He played in several well known nightclubs in São Paulo as a main dj in the nineties, such as Kanaloa Beer Dancing, Aerobeer, Playbownling Shopping Leste Aricanduva, Luna Duna, Farol da Barra, Independente, Millenium and others. His first contact as a producer of electronic music happened in 2002 with the project Groovetronik aka Marcelo Carvalho. His first production, “Lua”, was coreleased with Ramilson Maia and Gui Boratto for the cd Kaleidóscopio ( which presented a well known hit “Tem que valer” worldwide). After that, he participated of an album compilation released by Ramilson Maia called Drum 'n' Bass Brasil with the hit “Sem Mais” produced with Gui Boratto. He was then invited by Ramilson Maia and Deep lick to participate of the remix of Thereza Blota’s single “Tem que ser agora” beside well known djs and producers, such as Jason Bralli, Julio Torres, Drumagick, Alex Hunt released by Bralli records. Another project, called Duet, had some hits released in compilations in partnership with Vera Medina. In 2005 he was invited to remix Black Mystery2005, and then he consolidated his work as a electronic music producer releasing the EP Marcelo Carvalho vs James Brown (The sounds of James Brown) in VINIL 12”. This release had another remix of Jason Bralli vs Oásis (Wonderwall 2005). It was quicly out of sales in the main music shops in North America. In April 2006, Marcelo Carvalho releases by Bralli Records his new single “No Chão”, which is being played in the main international radios, such as Proton Radio (USA), House FM (UK), Frisky Radio (USA), Standard Broadcasting Inc (Canada), Whereve Radio (NL), Pro FM (NL) with the support of magazines, such as URB Magazine, Plugged Magazine, Vinylslut, Iceberg Media, 1groove.com, Opel Productions, Fehrenheit Promotions, Built In Britain. Now, Marcel is presenting his work in the main nightclubs and events througout Brazil. In 2008, he started several productions and remixes for international artists.