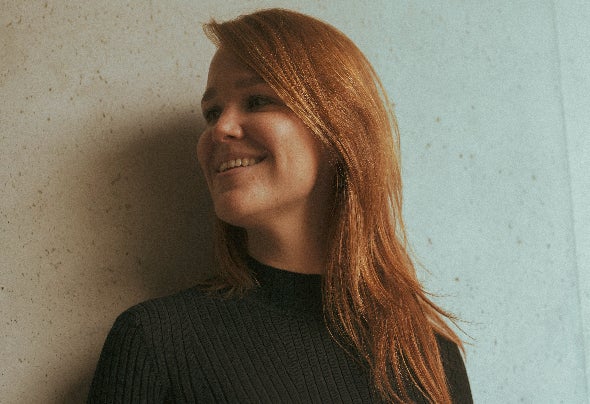 Driven by passion and discipline, Luna Ludmila is making waves in the minimal scene. She developed a very obstinate and sophisticated view on music throughout the years. Providing a hypnotic trip through house and techno, with deep rolling basses and grooves, Luna has been taking over dance floors all around The Netherlands. Basis, Studio 80, Into The Woods Festival, Effenaar and Tivoli to name a few. Bla Bla Music invited her multiple times to play at their famous events. With her warm sound in deep and tech, she is gaining more and more followers. From the secret raves to the leading clubs and festivals: they are all carefully razed by this ardent little ginger. Her energetic performance and extraordinary craftsmanship to build up any night, make her stand out in the Dutch nightlife. No wonder she already shared the line-up with established names like Guti, Enzo Siragusa, Daniel Sanchez and Ferro.One of her big highlights is hosting her very own club night at Utrecht's most famous nightclub Poema. Her 'Luna Invites' (later called Sublunary Nights) nights between 2013 and 2015 were a great success. She frequently invited international names, being the only one at the time pushing the minimal sound to the maximum in that area of the country. For the past three years, Luna has been working on her production skills at the Herman Brood Academy. She released an EP on the 'Binaural Arts' label from Romanian star Plusculaar, determined to let the world hear much more of her music in 2017. Working hard, playing harder; it’s what makes Luna Ludmila tick.