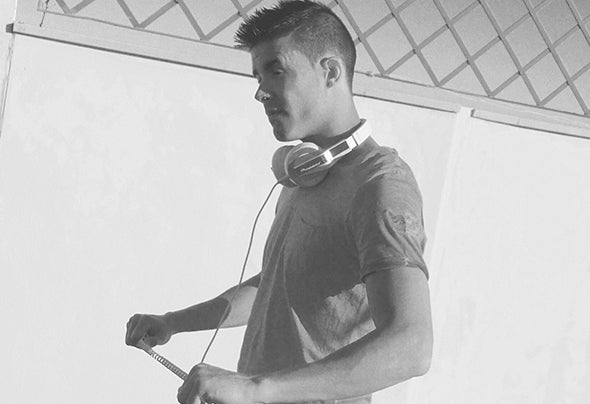 Born and raised in Spain, Madrid, with over 10 years of experience behind him as a DJ,This Madrid native introduced himself into the world of D-Jing at the age of 14.He has always been at the forefront of electronics, from hard-dance and progressive house in the beginning, to the most select tech house and deep house that distinguishes his sets today. Characterized by a fun style of groove and bass, mixed with underground and tropical vocal cuts. His own personal style, with a lot of character, with which it transmits to the public his own personality.He has had the opportunity to cross Madrids borders in cities like Avila, Guadalajara, Segovia, Ciudad Real, Toledo or the exclusive island of Ibiza.Passing through renowned rooms such as FABRIK "Supermartxé", LA RIVIERA "Reverse" and "Tech In da House" or the GROOVE as well as electronic music clubs like "Mini-Club", "Xoow", "Angels", "Air Mad Music"...Promoter and Resident DJ of the session ATARAXIA settled in "Cafe la Palma", Madrid.He has also been part of several festivals in Spain: Amazing Summer Festival and Concept Festival.He has shared booth with artists such as Cristian Varela, Dj Nano, Vitalic, Eric Sneo, Félix Krocher, Uner, Marcos En Dub, Raúl Mezcolanza, Oscar Aguilera, Ismael Rivas, Charles Ramírez, Danny Leblack, Karretero or Kike Medina.For someone of Javier ́s ability, who has been D-jing in Spain from such an early age, the move to producing will be inevitable.At the age of 24 he took his first steps in that direction. However, instead of rushing things he knew that he had to polish his talent first. To this day, he is still working in this field, so he can reap the benefits and show the world that his projects are serious.