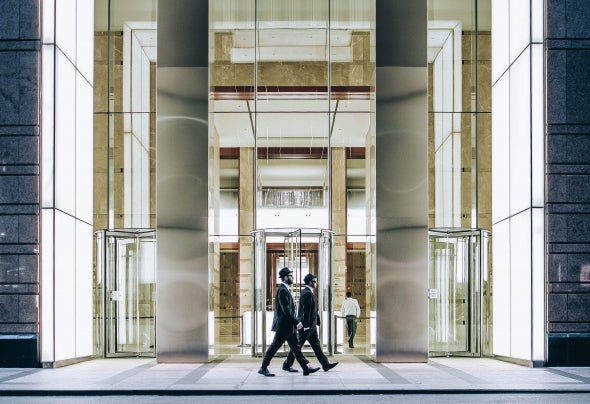 Intermodal is a brotherly duo born and raised in Chicago. Their music is best described as bassline house, with a sound and flavor unique to themselves. They burst onto the scene in early 2014 with their deep, bass-heavy remix of "My Body" by Treasure Fingers & The Knocks.Since then Intermodal’s music has been heard around the world and is being supported by respected artists like Tchami, Shiba San, Amine Edge & Dance, Golf Clap, Tommie Sunshine, Wuki, Autograf, Dr. Fresch and DJ Green Lantern, just to name a few, with their crossover hip-hop/deep house remixes and original tunes.After starting the year off with a string of successful remixes, they closed 2014 with their debut EP which quickly gained support from DJs and fans alike. The heavy hitting A-side “Mr. Business” was named the #3 Best of 2014: G-House while the B-side track “The Bounce” has been played almost 200,000 times on SoundCloud and earned the #6 spot for Best of 2014: Future House by The EDM Network.2015 was truly a breakthrough year for Marty & Michael when they linked up with Perfect Driver Music and were featured on two of their SWERVE complications. They also had their first releases on Audiophile XXL with the hard-hitting Derailed EP. This caught the ear of AC Slater and his Night Bass outfit, just a few among the many DJs supporting the release.The year 2016 looks no different with Intermodal dropping three different releases in the first quarter alone. The first was a bassline monster entitled Bundled Out as part of Audiophile XXL’s 1 Year Anniversary compilation, and earning a feature on Rinse FM. The second, entitled Going Places feat. Long Legs, came out on Perfect Driver Music and earned a glowing 9/10 review from Mixmag. Finally another release on Perfect Driver, the Sonic Theory EP, has just hit the airwaves setting up a new direction for future releases.