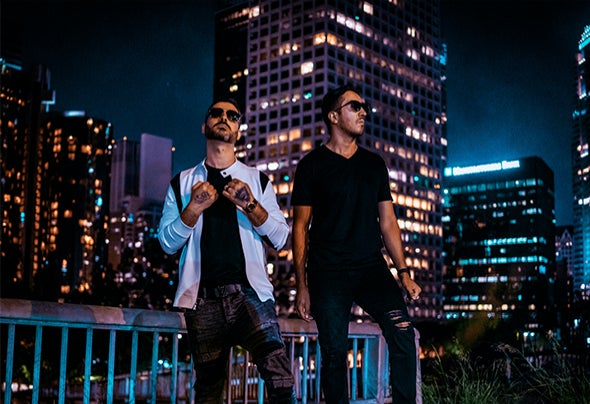 DSKOTEK is proving to be the people's choice! Winners of Insomniac's first-ever Discovery Project, landing them a performance at the Electric Daisy Carnival in Las Vegas and Nocturnal Wonderland. Performing for thousands at a time, however, is no unfamiliarity for DSKOTEK. They've rocked crowds across North America, sharing the stage with many of EDM's top producers/DJs. Just like their performance, their music captivates audiences around the world, utilizing a unique multi-genre style you can't find anywhere else. Their music continues to push musical genre boundaries. Their ability to blend multi-genre influences with heavy bass lines and melodic riffs, puts their production, musically, on a higher level where quality takes the form of creativity and artistic ingenuity. Release after release, their production has continually landed them spots on Beatport's Top 100 Charts. Dskotek's fan base grows daily with support from more artists & DJs constantly playing their music all over the world. Taking the EDM scene by storm, this bass-influenced duo isn't coming to a halt any time soon!