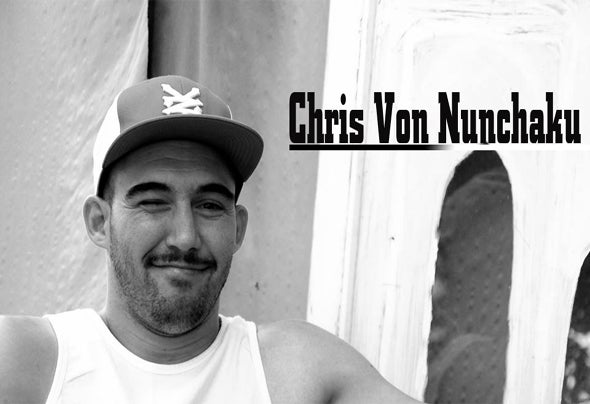 Dj and producer from the city of Mar del Plata, Chris hasspecialized himself in diverse styles, always to the forefrontin the new trends that have arisen some years ago, somuch in the Deep, Tech House and Techno. With more than10 years of career in Argentina, his experience in the clubshas allowed him to achieve a great connection with thepublic in each of his presentations. Now he has establishedhimself in ibiza to be able to continue expanding his artisticcareer. As musical producer, we go away to finding with astyle of modern Tech House, which has been edited inlabels like Tip Tap Rec, Push Push Music, T hirty 5 Rec,Intech Rec, Killing Machine Rec, Dirty Music, We Most Rec,Velcro City Rec. Between others.in 2009 he began a project parallel to his career togetherwith a dj friend, Victor Milhouse and Vj Visions. T his group iscalled Alpha State and has developed big audio-visualperformances in Argentina, always with the Techno asprincipal style. In 2012 also he penetrate into other variantsinside the electronic music, producing a style moreexperimentall with a talented singer of his city called Valeriadel Mar, we will be able to listen to an eclectic sounds ofelectronica, ambient, trip hop and pop.Chris's love to the music has begun from very young, underthe influences of bands very diverse as Depeche Mode, IronMaiden or Deep Purple, from the early age of 5 years. All hisyouth was crossing so many musical styles like werepossible: Rap, Hip Hop, Funky, Rock, Blues, House, Doom,Grounge and Trash, for naming some. specifically to theelectronic music, the principal influences on Chris havebeen: Peace Division, Hernan Cattaneo, Digweed, D.Ramirez, Marco Carola, Steve Lawler, Sebastien Leger, etc.