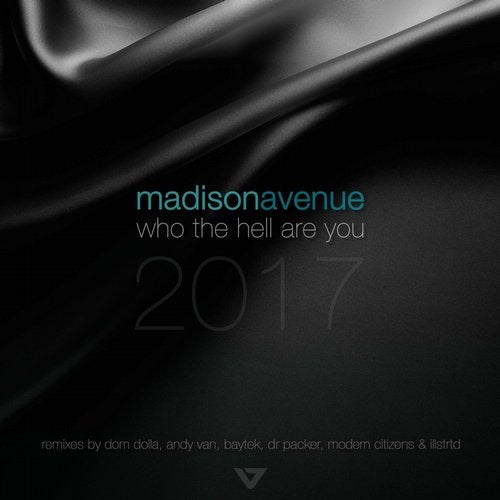 What do you do when a couple of the most iconic Australian dance songs of all time are lingering in your back catalogue?
Well you get some of Australia's hottest producers to remix them!!!

We did it a few years ago on Madison Avenue's iconic "Don't Call Me Baby" which saw Motez, Andy Van, Just a Gent & Filterkat remixes hit dance floors and club charts globally, including a Beatport # 3. Now we're letting the new kids on the block loose on "Who The Hell Are You", Madison Avenue's huge follow up and Number 1 Pop chart hit from 2000.

Kicking off the huge remix pack is original Madison Avenue producer Andy Van who shows he has lost none of his deft ear for a wicked groove with his disco house inspired 2017 remix.

Then Baytek joins in with a cranking, baseline driven re-work, again both in Vocal and Dub forms.

Dr Packer, no stranger to the disco re-edit, takes it down the throw back, everything old is new again, rework vibe.

And last but by no means least, Melbourne beats don Illstrtd brings his future R&B style and turns the original vocal on it's head with a completely fresh slowed down funky vibe!

All up a cracking set of remixes which will put this classic back onto dance floors around the world.