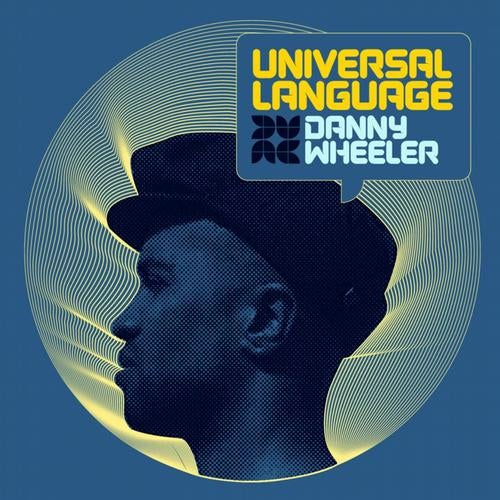 Danny Wheeler - Universal Language Danny Wheeler continues to push the boundaries of Drum & Bass, he is described by DJ MAG as a hotly tipped future producer, he now delivers the much anticipated debut album Universal Language A rising star, Dannys atmospheric sound covers the genres of Drum & Bass, Hip Hop and House. Featuring guest vocalists Kathy Brown (US House diva), Steelo (award winning UK soul singer who won Gilles Peterson tune of the year) and guest collaborations with Japanese superstar producer Taku Takahashi (from M-Flo) aka The Suitboys and guest vocals from AiNA. The album also features co-productions with Kaidi Tatham (the keyboard player behind 4 Hero, Herbaliser and Bugz In The Attic). Hailing from the West London scene, Universal Language is his first artist album. As one of the leading lights of the new school of drum & bass scene, Danny Wheeler is a passionate artist, his debut release Ghost put him & co-producer Sub Focus into the Top 5 of the UK Dance charts. His label signed the Brookes Brothers, who released their first records on his W10 imprint His first job in music after University was label manager of Infrared Records where he worked with and learnt production skills from mentors J Majik and Adam F. Danny Wheeler is a protégé of DJ Marky, Bryan Gee, J Majik and LTJ Bukem. It was Brazilian Superstar DJ Marky who coined the name Danny Wheeler. He is an International DJ who tours the world (everywhere from Londons Fabric to, Cape Town, Argentina, Beijing and beyond) he is currently residing in Tokyo, Japan. Universal Language represents an idea that music can communicate to everyone, regardless of the language you speak. Through music people can share good vibes and energy (just like DnB and all global music). This album is an expression of that idea. Enter the journey into Drum and Bass, Nu- Jazz and Neo-Soul.The music on this album has been getting dub plate support at clubs and on radio across the globe, with support from Radio 1s Grooverider, Gilles Peterson, LTJ Bukem, Bryan Gee, DJ Marky, Danny Byrd, Brookes Bros, Danny Wheeler, Sub Focus amongst others.