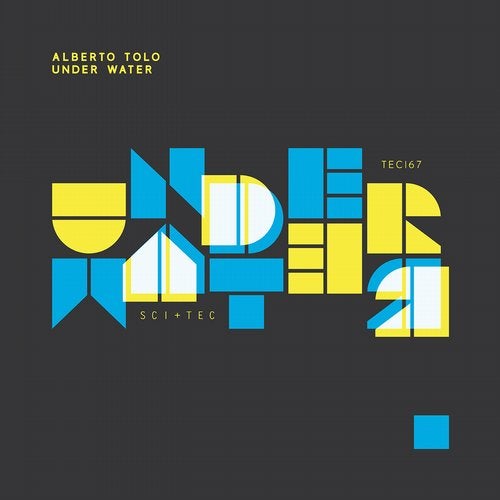 Gradually raising the heat with every release since he landed into the techno consciousness in 2011, Alberto Tolo returns to SCI+TEC with his most dynamic dispatch to date. Loaded in dense, heads-down rolling techno, the young Italian producer has once again added weight to his solid, groove-heavy minimal production repertoire. Kicking off with ‘Under Water’, the downpitched vocals and seismic kicks create a delicious sense of unease that’s ideal for darker and deeper transitions. It’s followed by the uncompromised, almost gleeful kicks of ‘Freq’ where the beats adopt a more energetic, relentless groove that’s tailored perfectly for both house and techno sermons. Finally we hit ‚Faceball’ a punctuated precision cut that is swathed in pressurised pads, industrial strength beats and more roboticised voices that heighten the 3am atmosphere that the Rivigno-born artist is steadily making his signature. Already staples in Dubfire and the SCI+TEC alumni’s sets this summer, Alberto’s presence in the techno consciousness is getting louder with every release.