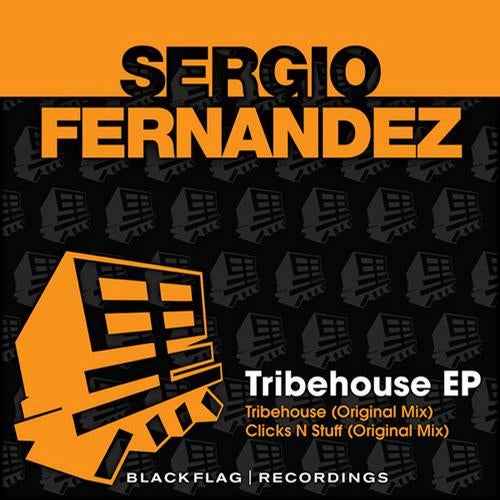 Blackflag Recordings is proud to present Sergio Fernandezs Tribehouse/Clicks N Stuff the first new artist release on the imprint since its relaunch in 2010 by label head and owner Stacey Pullen. Sergio brings a fine production pedigree to the Blackflag family, having released cuts on Toolroom, Cr2, Starlight, Plastic City, Monique Musique, Baroque and Spinnin, among others. He counts Richie Hawtin, Roger Sanchez, Nic Fancuilli and of course Pullen, as leading the troupe of supporters who champion his infectious brand of rolling techno and house. Similarly in his home country of Spain, Sergio is a bonafide star, having won awards from local press for Best Spanish DJ, Best Progressive & Tech House DJ, Best Tech House Producer, best remix with Unforgettable Summer 2010 Vision Main Mix on his own Insert Coin Records imprint. Hes also impressively scored a gong for Best Label, thanks to Insert Coins white-hot releases. Tribehouse/Clicks N Stuff is the follow-up to Stacey Pullens massive Circus Act on Blackflag, with the Nic Fancuilli remix rocketing in at no.6 on Beatports overall charts and receiving support from Pete Tong on BBC Radio 1. Sergios release is the next step in the resurgence of Pullens label and the Detroit legend is thrilled to have the Spaniard waving the Blackflag:I've always been a fan of Sergio's music and when he approached me about releasing on my label I was more than happy to accept. This EP is special because it will be the first artist other than myself to be released on Blackflag since I re-launched the label in 2010." Stacey Pullen