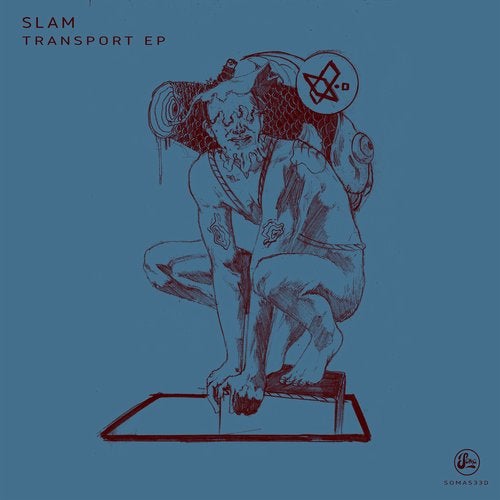 Slams final release of the year has them heading back into dance floor orientated territory with the Transport EP. 2018 has been a massive year for the duo with their non stop touring alongside typically huge releases on Soma, plus the release of their 7th studio album Athenaeum 101 to critical acclaim.

The Method gets the EP going as evolving, modulating synths carry the vibe against straight up and effective drums. Taking a more deeper approach, Response glides gently with pulsating yet subtle tones used for hypnotic effect as energetic percussion constructs a jacking element to the track. Picking up the pace again, Strike Encounter has a tripped out sequence, reminiscent of early Hood minimalism, driving the core with a sense of urgency. Highly effective drum patterns keep the rapidity in check also. Slam power home the EP with its titular final track, Transport. Jarring, percussive like synth attack with unrelenting momentum, further tension being built by creative FX use once again. A more emotive element is introduced with a hovering yet uneasing pad, that gives way to the unyielding energy present throughout.