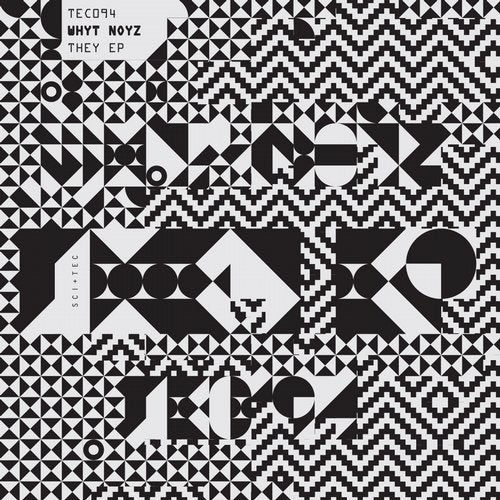 It has been a whirlwind twelve months for David Sidley and Duncan Murray aka WHYT NOYZ. Since their SCI+TEC debut last February the UK based producers have enjoyed successful releases and remixes with Terminal M, Alleanza, KD Music and Form, and closed 2013 with first full release on Richie Hawtin's Minus. Formed in 2010 the duo quickly impressed with their driving techno productions that were matched with live drums and innovative vocal samples. Having initially caught the ear of Hawtin with their early demos,WHYT NOYZ were soon featuring on his Minus12 sublabel and their track 'Volcano' was included on his 'New Horizons' compilation. Dubfire was also a fan and invited the duo to produce an EP for SCI+TEC. They announced their arrival to the family with the rampant Homewurk EP. Throughly tried and tested by the label boss, both tracks are now certified SCI+TEC hits and ready for release. Today WHYT NOYZ return with the They EP, a four track selection that rolls out of the blocks with the mean stomping sound of the title track. The tempo is pushed on Tribe with its pulsing bassline, fluid FX and bell chimes before the boys match hip-hop vocal spikes, a fat, groovy bottom end and tense breaks on In 95'. WHYT NOYZ drop more urban funk on the final cut as their cascading keys and throbbing bass work to perfection to close the ep in true party style. Don't forget to check out the guys own blog, now live at noyzaudio.com. http://www.plantage13.com