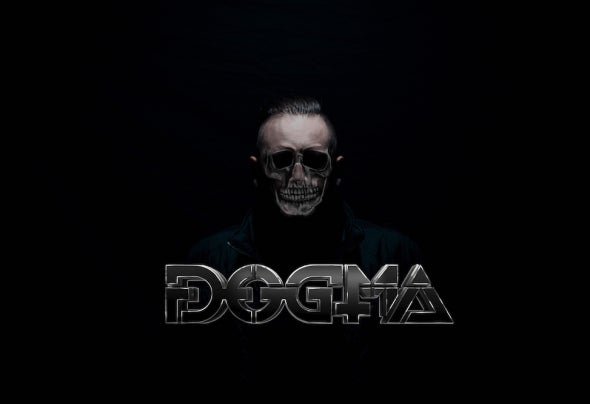 Dan Kelly, better known as DOGMA, is the name behind the heaviest dubstep tunes coming out of the Midwest. The Chicago- based artist is just a few years into his career and has already released music on Buygore and Uplink Audio and headlined massive shows around the country. Following a successful career in nance, Dan left this industry to pursue music full-time after realizing his passion for bass music. Specically inuenced by Trollphace, Downlink, Trampa, Borgore, and the aggressive tearout style of dubstep, Dogma was created in 2015 with his debut set occurring at The Mid in Chicago. He started producing a couple years later and quickly proved to be a force to be reckoned with in the studio. Dogma collaborated with Chicago bass duo ELEVATD on “The Fallen” in 2018, later releasing “Decimation” with them via Buygore in 2019. The track was picked up by bass music’s biggest names including 12th Planet, Borgore, Downlink, ATLiens, and unforgettable support from Snails at Lollapalooza in their hometown. Dogma has become a regular on Borgore’s legendary Buygore label, also releasing a VIP of “Decimation” and the four-track Hate Fuel EP in 2019. Following the conclusion of the Hell’s Frozen Over tour, Dogma released the heavy three-track False Idols EP on Downlink’s Uplink Audio label. He was scheduled to make his Miami Music Week debut at the Buygore Pool Party, but has plenty more to look forward to in 2020 including a much-anticipated return to Summer Camp. With unforgettable live sets and impressive original productions, Dogma is a top artist to watch in the dubstep scene.