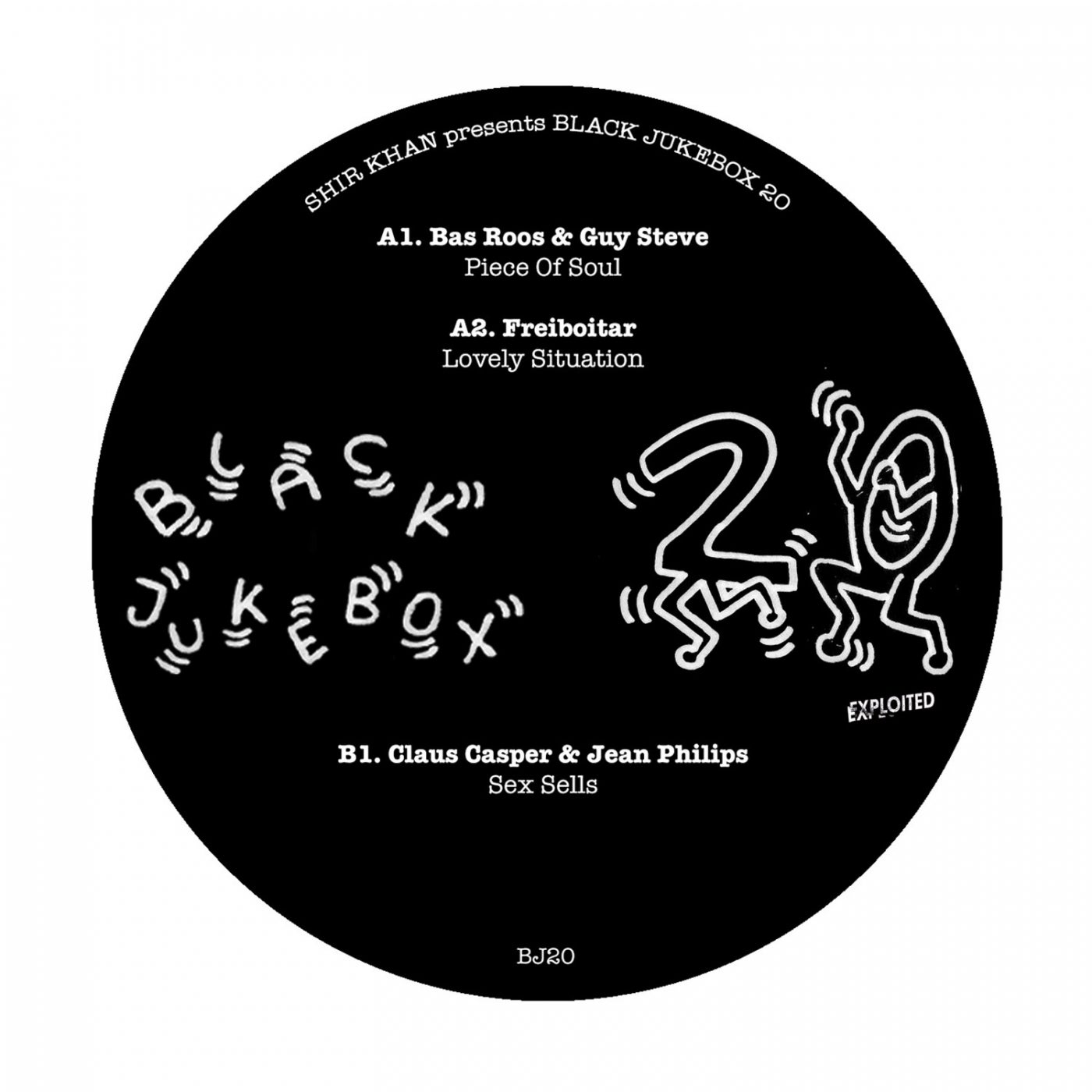 Quite the milestone for Mr. Khan and his Black Jukebox. We've been chasing this cat down the freeway since record numero uno - his terrace friendly, feel-good house music going down a storm here. Not only does the series always sell out, it's become a cult collectors item on 2nd markets - Shir Khan's meticulous, soundsystem-teasing mastering and pressing, plus the limited nature of the label ensuring it gets hunted down by house DJs and aficionados alike. With the festive party season in full swing, Shir Khan unleashes another thrill-a-minute selection of disco-inspired workouts to get the dancefloor swinging. Bas Roos and Guy Steve kick things off with the good-time breeze of "Piece of Soul", where jazzy electric piano solos and ricocheting vocal samples ride a lolloping disco-house groove, before Freiboitar makes a stomping, French Touch style disco-house monster out of samples from one of the best-loved disco records of all time. Over on the flipside, Claus Casper and Jean Philips whip their shirts off, reach for the poppers and lay down a stupendous slice of muscular late night disco-house. Featuring heavy, Moroder style arpeggio bass, razor-sharp disco strings and meaty house loops, "Sex Sells" is something of a sweaty party-starter.