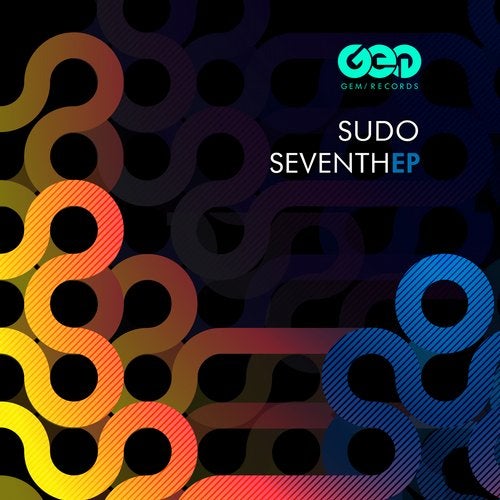 Gem Records is back with a string of releases planned after a two month silence from the Dutch record label run by Secret Cinema. They start with a release by the Berlin based brothers from Japan: SUDO.

Isao and Takashi Sudo are known for their energetic techno in the studio as well as on stage with releases on labels such as SCI+TEC. They deliver a strong 2 track EP with the massive A-side 'Seventh'. The track has been tearing down roofs everywhere Secret Cinema plays with its driving groove, melodic break and frantic drop. Must hear!
B-side 'Neu' is a typical Gem with its melodic yet powerful sound. A simple setup, the song is built up of a piano lead, sawtooth bass line and a thumping groove that just keeps going.

Those who follow Gem closely will notice that their latest release proudly ushers in new artwork designed by Josaiah Chong. The artwork tries to convey the colourful nature of Gem Records with its wide range of music with which it aspires to steer clear of the sound of the moment and present a more timeless alternative that still does its job on the main stage.

Many releases are lined up on Gem Records for the second half of 2018 from the likes of Egbert, Ferdinand Dreyssig, VNTM and the long awaited follow up to Seance by label boss Secret Cinema. Stay tuned...