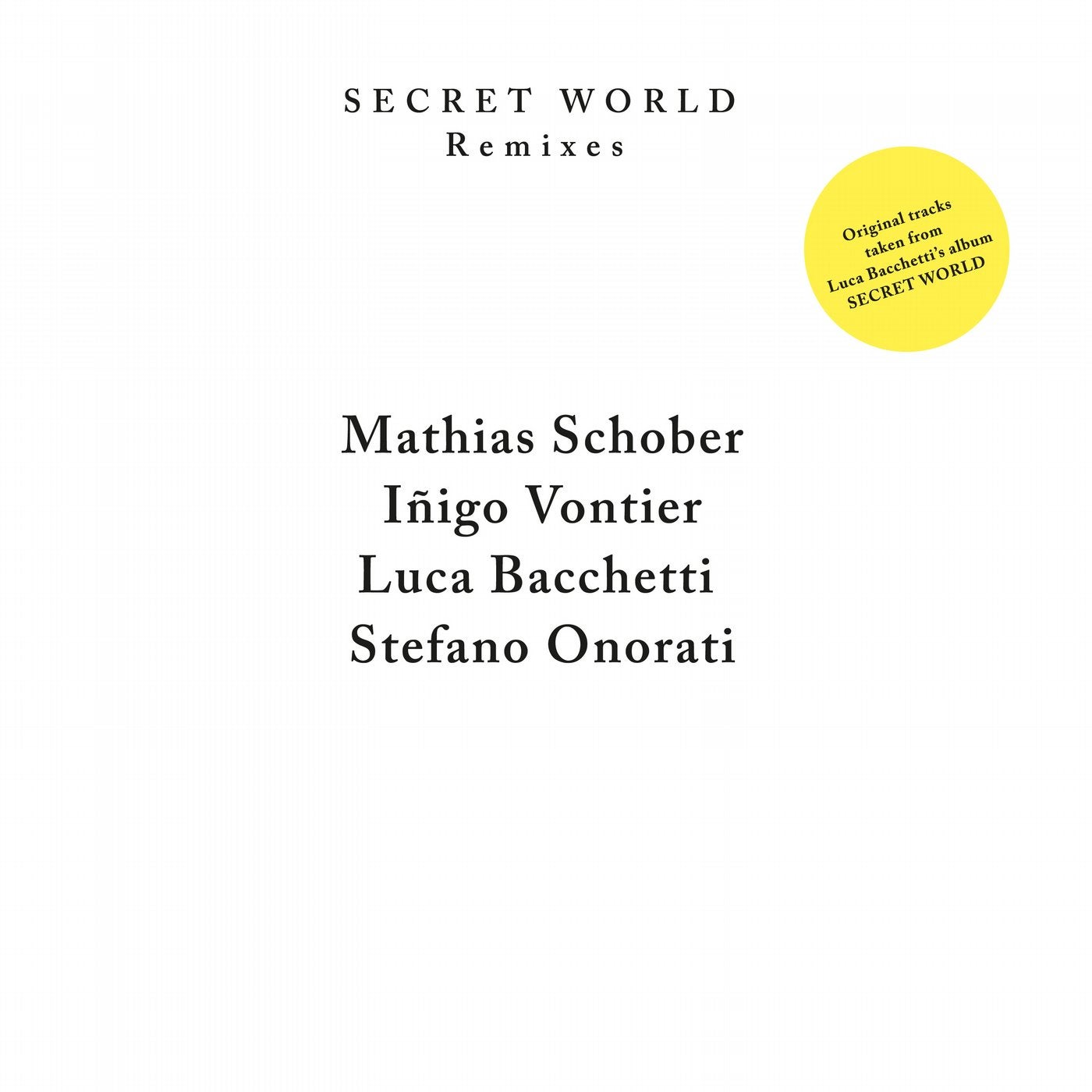 Released October 3rd on Endless, "Secret World" is Luca Bacchetti's debut album. The work summarizes and amplifies the last 15 years of his activity and career as a visionary artist able to meander through all forms of electronic music, without compromise. Luca references the many lived experiences he has had around the world, but first and foremost "Secret World" is a testament to his love for his homeland, Tuscany.

Now Mathias Schober, Inigo Vontier, Stefano Onorati and Luca Bacchetti himself reinterpret some of the more representative songs from the album, which is now valid material for the most demanding of clubs. The impeccable power and sonorous precision of Mathias Schober merge with the pathos of The Bridge: Mathias cleverly manages to combine the two elements giving the song a truly emotional cut. Unconsciously United is turned inside out and rebuilt around the rhythmic world of Inigo Vontier, our favourite Mexican, whose touch can be felt with breaks and arpeggios that will make the dance-floors explode. Luca Bacchetti is as ever a guarantee, providing Black Swan with a powerful groove on which psychedelia and hypnotic elements alternate, benefitting from the arrangement and breaks: his unmistakable trademarks. Stefano Onorati, already a collaborator on Secret World, sets off on a completely different direction, the Tuscan pianist transforms Awakenings into an ambient masterpiece. Lower the background noise, Stefano goes deep and will excite you from the very first listen.