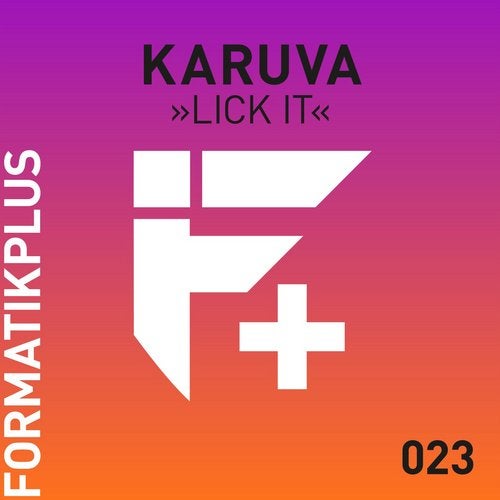 Originally born and raised near the infamous Loch Ness-area and now based in London's Shoreditch district we're welcoming a fresh British production talent to the Formatik+- family – Karuva. With releases and remixes on labels like on Great Stuff and Psycho Disco! as well as backing from many major electronic music related radio stations and shows in the UK upcoming producer has build quite a fan base throughout the past years and is now ready to strike a chord with the dancefloor again with his two latest bangers.

Opening with "Lick It" we see Karuva on massive groove tip, riding a musical foundation meandering in between ultra raw House and ElectroHouse whilst providing grainy claps, a highly seductive, captivating bassline and a signature female vocal hook screaming 'hit' all over the place. What a banger.

Following up is the "Kanye Dance", another raw and slow, yet hard hitting House banger for endless, hypnotic late night sessions, building up tension and levels of ecstatic excitement with super catchy vocals, tripping filter effects and a simple, yet highly effective synth motif for a masterly crafted melodic addition.