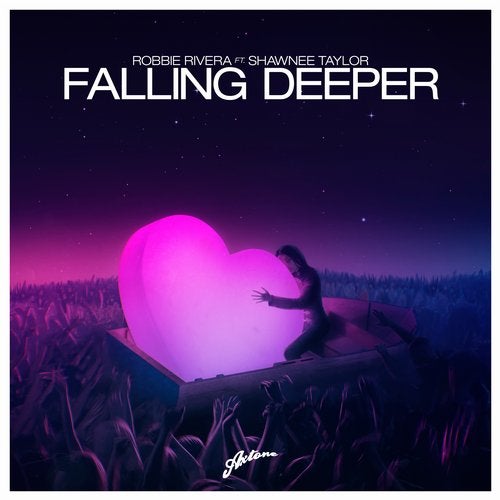 Although Winter Music Conference may be over, Axtone Records returns to Florida by welcoming Miami-based producer Robbie Rivera and his collaboration with Shawnee Taylor, titled 'Falling Deeper'.

Well known for his tribal influenced house music, Robbie has been actively been DJing and producing for over 10 years producing tracks such as 'Funk-A-Tron' and 'Bang'. Additionally, Robbie finds time to run his own label, Juicy Music, which has featured the likes of Todd Terje, Harry Romero, MAKJ and Crystal Waters.

Born from musical parents, Shawnee's voice is well recognised throughout dance music with numerous collaborations alongside famed DJ, Erick Morillo. With releases on Subliminal, Defected, Ultra and now Axtone, Shawnee shows no signs of slowing down, ensuring her soulful voice is heard throughout the dance music world.

Listeners will notice that 'Falling Deeper' represents a current shift in dance music back to when clubs, not festivals, reigned supreme. With low thumping basslines and organic stabs, Axtone is more than happy to support this shift and established artists such as Robbie and Shawnee.