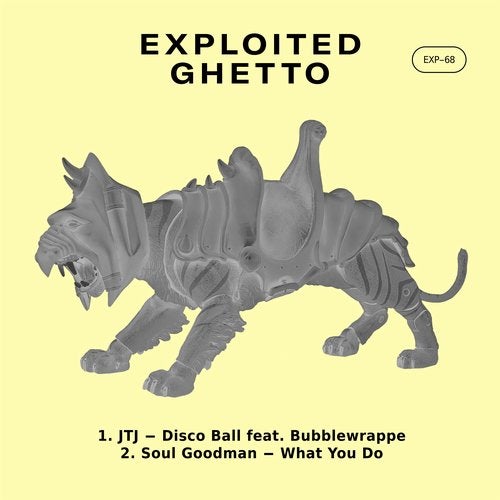 First split EP on Exploited Ghetto showcasing 1 talent from the West Coast, LA with JTJ and 1 new artist from the East Coast, Detroit with Soul Goodman.

Born and raised in Los Angeles, California, Jeff Saenz has been DJing since the age of 15. Growing up with a Disco DJ father, dance music was always a part of his life.
In 2015 he began his foray into production. As JTJ (formerly Jeff The Hacker) he presents a West Coast infused exploration of the boundaries between deep house and techno.
DISCO BALL is a bouncing West Coast production in its truest form.

Soul Goodman - a lawyer turned musician decided to combine his piano and violin playing youth with his adult love of underground house and techno to deliver a musical taste and style that reflects his Detroit grassroots as well as influences from around the world. In just a few short years Soul Goodman has grown and expanded his footprint in the music industry enough to be invited to play festivals such as Movement Festival, Ultra Music Festival, and Untold Festival. The resume doesnt end here however, Soul Goodman has also manned the decks of some of the top underground venues in the USA in Detroit, Chicago, Miami, New York and internationally in Mexico, Canada, Romania and his native Lebanon. WHAT YOU DO TO ME is a real Detroit love affair.