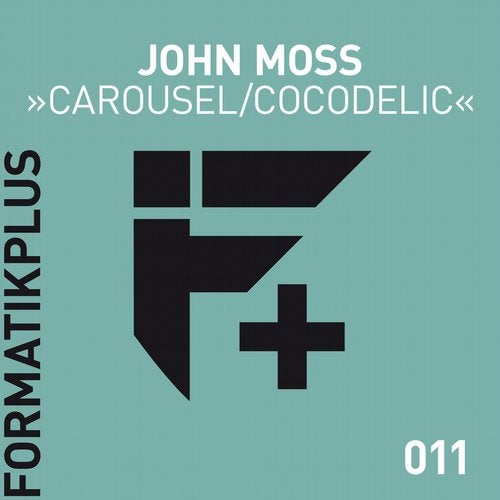 And back we are with a contribution from up north to the catalogue of Formatik+, provided by Norway's John Moss who's been active all over the place after a Traxsource top score in 2k15, followed by features and releases on labels like Toolroom, Phonetic Recordings, Seamless Recordings and many others before joining the family with his first digital double-a-side single on our platform.

Opening with Carousel the Norwegian sets dancefloors on fire with a bang, delivering a massive take on Phonk-infused TechHouse, driven by lively bass synth movements and well swinging hi-hats met by a killer rave stab arrangement that takes us right back to the first prime era of high energy electronic music. Raw seductive power for peaktime sets in here.

Furthermore we see John Moss go Cocodelic, which is his very own interpretation of the phrase 'maximum bonkers'. Letting punters know what time it is with a phat, pumping foundation he's bringing on a proper funky, swing with the introduction of a first single tone motif later accompanied by stripped down, retrofuturist synth bleeps and echoeing background voices, literally paying homage to what was originally known as MinimalFunk back in the days before adding large scale background sweeps and a bit of a jacking attitude to this timeless workout.