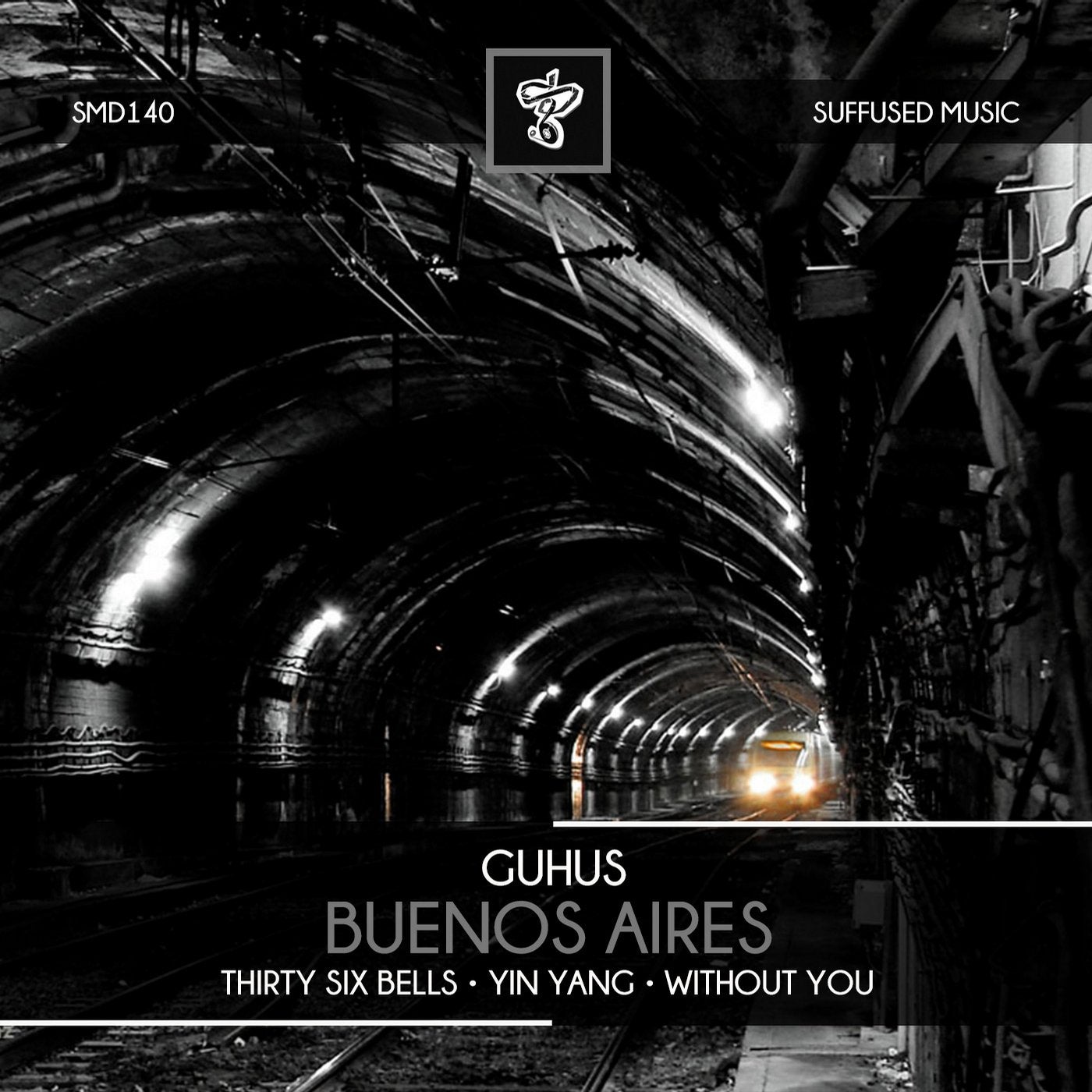 The latest release on Suffused Music welcomes Guhus back to the label for his first EP. Hailing from Buenos Aires, Argentina, Guhus first appeared on the Lithuanian imprint with a contribution to the label's 'Initializing Volume 8' collection released in January of this year. The track 'Thirty Six Bells' came as the collection drew to a close and captivated the hearts and minds of electronic music fans around the globe. Now seven months later we see the track getting it's official release alongside two others as part of the 'Buenos Aires EP'.

The EP begins with the strong club minded cut 'Without You'. Anchored by thick slabs of rolling bass it's moves forward with great momentum while twinkly melodies and poignant tones provide some lovely emotional content. As the sparkling keys continue their unpredictable journey, cinematic swells add a dramatic flair before a sequence of chord changes initiates the main break. Sparkling and emotive at every turn, the serene interlude eventually peaks with a short build bringing the groove back for one final run while those kaleidoscopic keys continue to work their magic. A great start to the EP.

Continuing with the second selection 'Ying Yang', finds Guhus crafting a deep and groovy progressive cut. With a timeless sensibility, the warm, chunky groove powers forward as melodic motifs slowly make their way into the mix. As the tracks core energy grows angelic vocal pads drift over the framework while the melodies continue on a sequential journey for the ages. A solemn break proves to be the ideal centrepiece, pulling every last bit of emotive power from the foundation as the roiling beats return for what should be a magic moment on the dance floor.

The EP concludes with the aforementioned 'Thirty Six Bells' which proves just as fresh here as it did in January when anchoring the 'Initializing' collection. It's intricate inner workings immediately shine while a smooth rhythmic flow and descending chord changes bring an emotive environment. As bubbly synth textures cluster together subtle modulation hits exactly the right emotional receptors bringing the track to a tantalising break. Pixie like keys and angelic vocal pads lead the way here before an ethereal drop welcomes the warm beats and a rush of harmonious energy. A great way to round out the EP and a fabulous collection of music from Guhus. Definitely a name to keep a close eye on as 2016 moves forward.