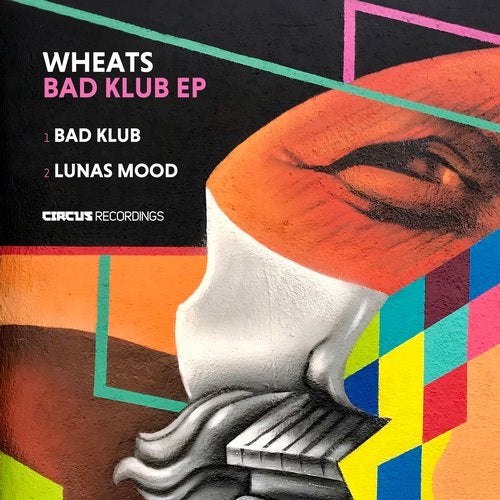 
If youve stepped into any club over the last year, chances are youve heard a Wheats record playing. In a very short space of time, this exciting new artist has gone from bedroom producer and hometown club resident to releasing on Kaluki, Saved, Circus & Viva, enjoying the support of DJs as varied as Jamie Jones, Nic Fanciulli, Hot Since 82 and Calvin Harris.

Wheats continues to impress with every release, showcasing a deep wonky sound that doesnt just copy current trends.
He first broke on to the scene as a young wide-eyed 18 year old, with a chance meeting the New York legend, Kerri Chandler. After listening to Wheats demos on the spot, Kerri went on to play two of his tracks in that very set - impressing him so much that he went on to sign him to his label. Kerri still continues to support Wheats and theyve built up a long-standing relationship since.
Now with an army of releases under his belt, his touring has taken him from Miami to Berlin, Amsterdam to Ibiza, London to LA with brands like Paradise, Elrow, Kaluki, Knee Deep In Sound.

Wheats has built up a huge following with support from the likes of BBC Radio 1s own Pete Tong & Danny Howard, Calvin Harris, Lee Foss, Alan Fitzpatrick, Hot Since 82, Nicole Moudaber, Jamie Jones and Steve Lawler.
His tracks are dominating clubs and festivals and hes one of the most in-demand and talked about new artists on the scene... Make sure you keep your eyes and ears open for Wheats. Its only the start of more to come...

"My obsession with the acid bassline started at a very early age, so I was buzzing to get my very own Roland 303 - I spent hours twiddling knobs messing around with it and came up with the acid groove from Bad Klub - There was actually a few different versions I road-tested until I settled on this one, then I went about finding a vocal to match the vibe, as you can hear the vocal sits perfectly with the mood of the track.

The b-side Lunas Mood was inspired by me spending the whole summer of 2019 hanging @ paradise DC10 - I feel that reflects my sound for 2020 perfectly and takes me back to Ibiza whenever I drop it." _Wheats