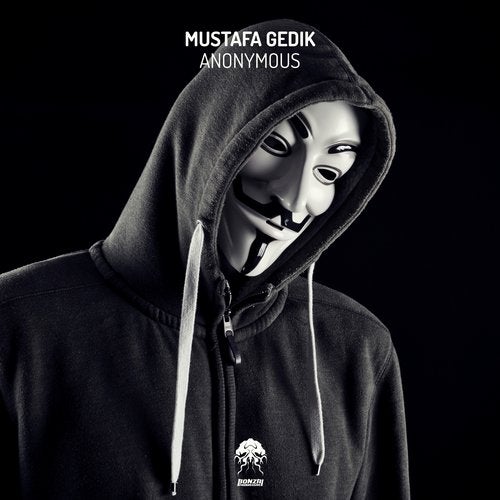 Mustafa Gedik returns to Bonzai Progressive with the fantastic Anonymous which comes with two quality remixes from Robert R. Hardy and Gon Laserna. This one follows his early 2017 BP debut Rihe EP which picked up a healthy level of support from across the board. Hailing from Istanbul he's been very active in the music scene since 2008 and has shared the stage with top DJ's and artists as well as performances on many international radio stations. During this period he continued to develop himself and has released a ton of EP's on various labels including Baroque Records, Weekend Music, Lohit and many more. In the studio has worked with many likeminded artists such as 21street, Andrea Bertolini, Minimize, Rafael Osmo and Strigata to name a few. The Original sets off with a beautiful ambient sequence backed up with muted kicks and layering percussions. A wonderful musical riser effect takes us into full on mode where chunky kicks take over alongside a lush bassline that dominates the groove. An array of subtle melodies fill the background adding great textures to the sound. On the break we're introduced to a hair raising vocal which is backed up with interesting arpeggios that create a superb climax before those tight beats return. Brilliant stuff that will be a welcome addition in any late night set. Hungarian DJ and producer Reis Robert aka Robert R. Hardy shows up on once again on remix duty giving us another taste of his sublime progressive sound. Over the last couple of years this guy has brought some quality vibes to various labels including Mistique Music, Suffused Music and Clinique Recordings to name just a few and we've seen him several times now on Bonzai Progressive where he has treated us to his superb producer talents. Here the remix gets underway with a nice and tight drum section filled with punchy kicks, shuffling hi hats and an array of rhythmic percussions. The bassline moves effortlessly through the groove as vivid arps cascade all around. An intriguing vocal breezes through adding intrigue as we get locked deeper into this top notch progressive groove. This one is not to be missed. Based in La Paz, Bolivia but originally from Stockholm, Sweden, DJ and producer Gon (Gonzalo) Laserna aka metzAnima debuts on BP with this amazing remix. Having nurtured a creative streak since early childhood, Gonzalo focused on music and went on to learn sound engineering and ultimately becoming a DJ in 2001. Soon after, he began producing and his project metzAnima was created. He has dabbled in many genres with successful releases on various labels. At present he is dedicated to finding a perfect balance between his sounds of the past to his sounds of the present, an exciting journey for sure, great to have him on board. On the remix here the track intros with a nice chunky kick drum accompanied by crispy hi hats and various percs that make up a solid rhythmic flow. A deep bassline meanders through the groove and keeps us hooked for the duration. Subtle melodies begin to appear piquing the interest while we are treated to fleeting glimpses of the mesmeric vocal. Superb stuff and a definite must have.