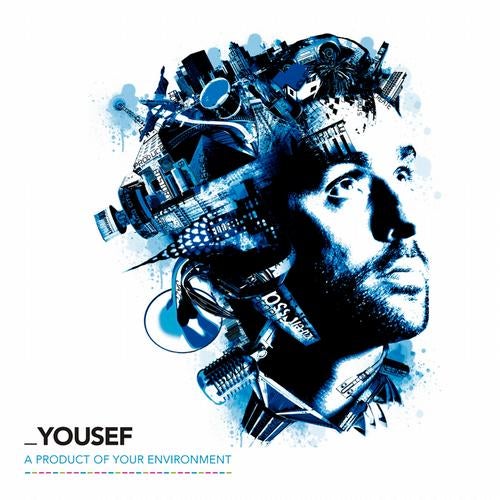 http://www.facebook.com/CircusRecordings http://www.circusclub.co.uk/ http://www.facebook.com/yousefcircus Label Management & Distribution http://strikeforce360media.com Knee deep in his third decade of dance, Yousef remains one of the globes most exciting and talented figureheads in the realm of modern rave. His career has evolved and stayed true to the shifting sands of the game; he stood out when he arrived on the scene because of his jaw-dropping technical savvy and as the years have progressed hes added the multi-faceted strings of club promoter, label owner, and deftly talented producer to his bow. 2012 has been a pivotal year. Circus, the clubnight, which he remains the figurehead behind, celebrated a decade of activity with a second and third Circus residencies in London and New York alongside its spiritual home of Liverpool. His beats have nestled on high pedigree imprints such as Cocoon, Intec, Cecille, Saved and Monique Musique among them, not to mention his own Circus Recordings. The Circus label boasts an output ranging from seasoned veterans like DJ Sneak and Sven Vath to the rising stars such as Tom Flynn and Acid Mondays and is about to release a Circus X compilation featuring new unreleased tracks from friends of Circus like Carl Cox, Loco Dice, Guti feat Seth Troxler, Davide Squillace and more cutting edge A-listers. From winning the coveted Muzik Magazine Best Breakthrough DJ award to Circus winning BBC Radio One UK Club of the Year, looking at all that has happened between now and the start of his career, Yousef continues to relentlessly strive forward. This album represents an aural snapshot of his journey to date. Its Yousef distilling the emotions, experiences and excitement that have been a part of his career so far, representative not only of his artistic growth but also what he has undertaken as a man. Beyond the obvious dancefloor influences theres evidence of the humanity that can only come from travelling the globe and immersing yourself in a variety of international cultures. The result is thoroughly cosmopolitan and stimulates both in and out of a club, a collection of songs and compositions that are designed to inspire imagination. It proves your experiences will always define you, that you are always A PRODUCT OF YOUR ENVIRONMENT <><><> _I began working on A Product of Your Environment knowing I wanted to make an album, not just a series of tracks that happened to be on the same project. I wanted to push myself to make a series of compositions; music that I hope will captivate you as well as set a dance floor on fire. _The record is twelve journal entries of where Ive been, what Ive seen, people Ive met and stories with many hidden meanings and emotional moments. Each track is essentially a narrative of my whole life; a chronicle of self-reflection. _Growing up and even now I listen to albums where the music is diverse, where the artist is encouraged to change moods, styles, tempo and entice hidden parts of their personality out of the shade. Ive tried to be as creative as I could manage on the one hand, and carry my standing and passion as a DJ on the other. I set to work on the already long-time titled A Product of Your Environment. _In the early stages of production I had planned on inviting some high profile collaborators, however my original gut feeling of using off radar, hungry (literally sometimes), virtually unknown artists with real talent paid off. With the exception of Mercury Prize nominated Gwilyam Simcock and Mark Ronsons starlet Candie Payne, I worked with unheard of talented friends and musicians that passed by the Binary Cell studio. Liverpool is my glorious city of birth, a city with a ridiculous amount of passion for music and an unquenchable thirst to explore it so it felt fitting to return to the city while I tackled such an ambitious project. _After I recorded the singers and musicians I accepted it was a good idea to reel things in from wayward musical districts Id visited, making the album more for the dance floors Im known for. Using many musical elements coupled with my electronic house and techno sound was important to me for this project. _So, 18 months of coming up with ideas, writing lyrics, commissioning musicians, recording music, mixing down track after track (I did over 30), then editing, then overdubbing, and finally coming with ideas for the artwork for John Whitelaw to work with I was done. Eventually deciding to release the project myself it was time to go. Its been a long road but Im very proud of all the effort Ive gone to realising A Product Of Your Environment. Y

A Product Of Your Environment