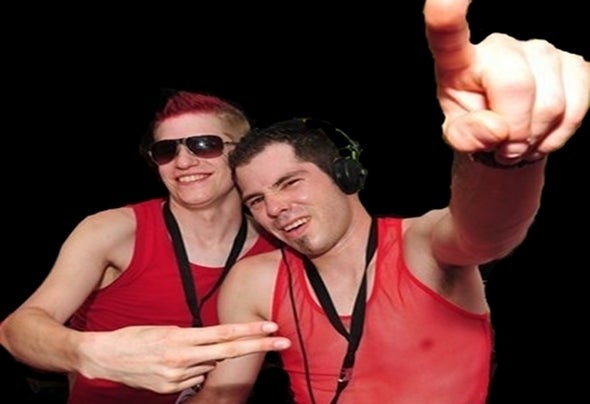 With the millenium it started a new area for us. By a mutual friend of ours we met each other for the first time. We got best friends. At the beginning we called DJ Header and DJ S.B. The highlight of DJ Headers single career was the gig at Goliath 12- The Last Odyssey. For DJ S.B. it was the booking at „Mainstation“ 2002 in Zurich (CH). By the strong company we want to start some projects together. In 2001 we made our first event at streetparade. With a meaningful line up and over 800 visitors was it a great success. In autumn 2002 we wanted to advance ourselves and we would like to produce our first vinyl. After a long search we found Q-Lab records with Umberto Cea acting as producer. In a long and close collaboration we produced some high-quality tracks. They were released under the projectname „Ghostriders“ on many different labels. We made our second experience in 2003 with the „Galaxy X“ party series, that – we are sure - is still in the minds of the over 2000 visitors. Till this day we got some gig’s at great venues and events in Switzerland, for example: Gate One Bern, Guayas Bern, Niaxa Bülach, Goliath 12, Goliath Club Tour 2004, Mainstation Zurich HB and Galaxy X Zurich. In addition we had also interna-tional gig’s in Italy, Czech Republic and Austria. Since 2005 we are capitalising to privat aims and recording studio activity. As the whole music scence we developed as well. There was Trance and Hardstyle, but now there’s Electro, House and Techno coming out the speakers. After a short time as „Los Locos“ (House, Latinhouse) we’re about to beef up at the sector of Electro, Tech – House and Techno and we get a new projectname „Red Devils“ for this domain. After an intensive and persistent recording studio assignment we get a new release in the following weeks. More releases are coming soon