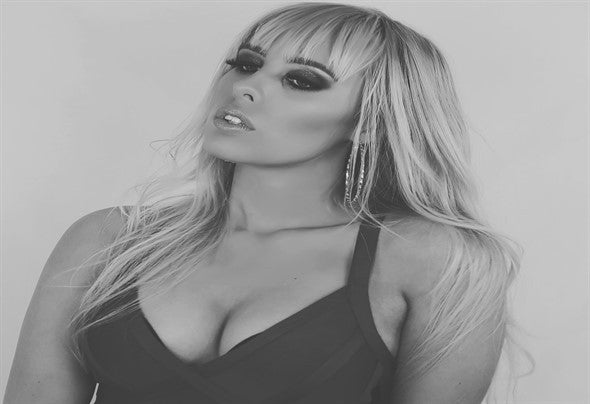 Lyla Bull is a powerhouse singer/songwriter hailing from South London, who from the womb was brought up on Soul, RnB and Motown. She cites her influences and idols from all genres of music but loves artists such as Whitney Houston, Marvin Gaye, Beyonce, Anderson Paak, Bruno Mars, Aretha Franklin, Etta James, Justin Timberlake, D'Angelo and Anthony Hamilton amongst so many others. After gaining a place studying music at the free UK performing arts school 'The BRIT School' and performing at venues from Komedia Brighton to the famous Camden Roundhouse; through BRIT she has experience not just in performing at legendary venues but also knowledge about how the industry works.Lyla has always been heavily influenced by girl power and strong females in the music industry- she feels firmly that women together empower one another. Lyla makes sure that any music she lends her voice to expresses this view. Sony owned ‘Ultra Records’ heard a top line sung by Lyla , they passed it along to their producer ‘Maywald’ who loved it so much he produced the vocals and sent them to Berlin DJ ‘Mike La Funk’ which resulted in the house smash hit ‘Alive.’ Alive charted in the top 10 on Traxsource and has over 400k streams on Spotify in just over 2 weeks, it has recently been added to the prestigious official Spotify playlist ‘MINT’ with almost 5 million followers amongst other playlists. Lyla’s newest track ‘Hidden’ with Ben R Saunders was played on BBC Introducing recently and is being championed by DJ Danny Howard at BBC Radio 1.With such previous success with great support and other releases in the pipeline this is just the beginning for Lyla. FOLLOW: Instagram-https://www.instagram.com/lylabull/ Twitter- https://twitter.com/lylabullSpotify - https://open.spotify.com/artist/2wgkJHT2Wq6jy9pMo2qLXI?si=- KeZQVvQS8C0P4LxijoyYg