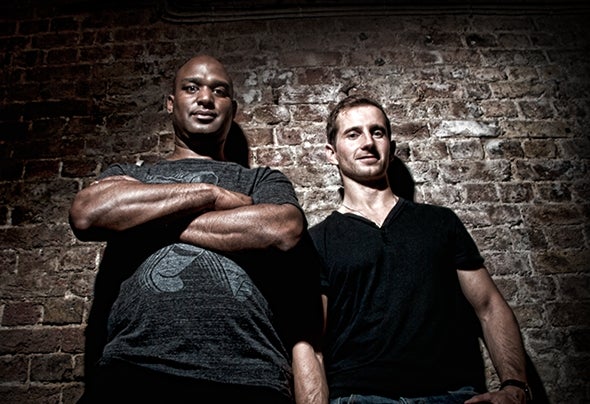 Will Darling and Simon Francis met some years ago as DJs and decided to start producing tracks together in Autumn 2010. Within a couple of months they had created the disco cut up club smash ‘Keep Movin’, described by DMC’s Guy Garrett as ‘simply infectious’ and with top reviews from DJs and media alike.With a clutch of remixes for labels such as Soulfire and Bootleg Social, as well as some bootlegs doing the rounds over the past 12 months, they decided to start their own label Tonic Music to release their own productions and sign other artists. The first single from Tonic was ‘Get Higher’ and this was as well received by DJs as the first!Early in 2012 came the big breakthrough with the promotion of the Tonic label’s Miami Sampler. All the tracks were played heavily by DJs around the world but their track ‘Glider ’ broke in the DMC Miami Buzz Chart and was supported by Roger Sanchez, Sister Bliss, Erick Morillo, Anderson Noise, Mike Pickering, Sarah Main, Tim Cullen and Peter Gelderblom to name a few! T heir remix of Tobie Allen’s ‘Reach Out’ broke into the DMC Buzz Chart too.With other productions and remixes coming for EMI and Compuphonic records as well as releases on their own label, the Visionaires are looking forward to a very busy 2014.