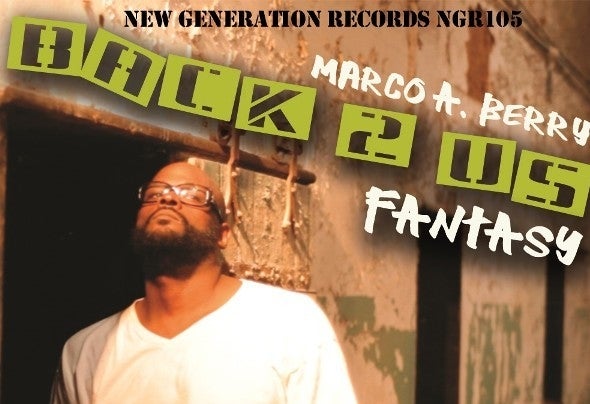 This Brooklyn born singer, songwriter and producer has been following his dreams for years, turning FANTASY into reality. Breaking into Traxsource & Beatport's Top 100 he once again capturers the imagination, minds, ears of party people on the dance floor. Using his soulful vocal blends, lush baritones and silky falsettos to inject emotional charged lyrics that resonate with his audience. He continues to contribute to EDM/House Music scene with his unique talents .Internationally sought after by producers and labels for his authentic brand of traditional house music vocals. Producer/DJ Masa Sutela returned him to the mainstream on Traveller Records, Finland with the chart topping vinyl releases from Creation EP "Deep" and "Reach Out" featuring Arthur Crank Jr. and Carlos Sanchez. Both releases received critical acclaim becoming favorites among the European dance community.Building on his international appeal he followed up with the world-renowned producer Tony Loreto. Debuting their track “Feast or Famine” performing it live at the 2012 Winter Music Conference (WMC) to rave reviews. This allowed him to solidify a home for a release on Larry Labrit New Jersey baised New Generation Records featuring Shino Blackk Hunger mix, marking yet another charting release. Canadian producer Paso Doble was equally impressed, quickly picking up The Dementia Ep co -produced by Brain Ellis with mixes from William Muzikman Bagley for Melomania Records to publis h.Demand for his talents have not been limited to over seas, here in the states producers and dj’s have rediscovered the vocalist immense talent eagerly anticipating his projects to remix his signature vocals to their master mixes. The chart breaking track “Pledge” paired Chicago Abicah Soul , New Jersey Joseph “Joe Flame” Davis and Baltimore Allen “Speedy” Jackson on remixes that have the dance floor wanting more.FANTASY has been fortunate, releasing music among several genres ranging from Deep Soulful House, Hip Hop and Acid Jazz. His discography dates back to the 90's, when he first charted in 1986 with the Hip Hop group Citi Heet and the cult hit "Begging Billy" produced by New York Knick legend Earl "The Pearl" Monroe.Among his solo released records the 1996 hit "Drop Zone" and “Waiting to Inhale” co - produced by Kim Lightfoot solidified him early in the deep house community. Being a true lover of live improvised music he paired with Eight Ball records co founder Smash Hunter on Newbreed Records with the acid jazz chart topper and No.1 hit “LOST”.It’s seldom to find an artist that nuture projects with such dedication from start to finish. FANTASY records, mixes and masters all his projects, releases and videos at his Black Ball Productions studio in Philadelphia. Taking extreme measures to ensure the integrity of his music, he directs his own music videos releasing them on his Youtube channel. From his channel alone he has over 300,000 video views with 70,000 views from Fantasy house music video playlist. The vintage filmed “Deep” is one of several of viewer’s favorites as well as the emotional biographical “Your Eye’s” Soulful House video from the Dementia EP.Evidenced in his powerful stage performances that they are heartfelt dripping with intense devotion. He continues to enjoy performing in Music Festivals, Burner Events Nightclubs and Lounges thought out the country in places like WMC (Mia), Coney Island Boardwalk (BKNY), Playa Del Fuego (De), Sapphire Club (NY), etc. He has appeared on Cyberjamz, Deep House Lounge and the Diamond Dee Show as well as a host of other Internet radio programs reaching out to fans.FANTASY continues reaching new audiences with each new track and video release. He is grateful for his new found popularity and acceptance that has expanded his longevity in the music industry. Believing that you can never stop dreaming, he keeps turning his dreams into reality.