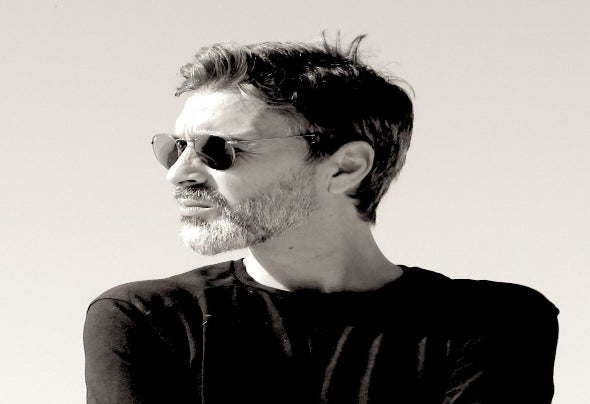 Born in 1977, Sicilian by origin and cosmopolitan in the musical genre. Deejay, producer and sound manipulator. He made his debut in 1992 in the "Jessica Club" and devoted himself to a metropolitan musical style, commonly known as "underground". With the advent of House Music, over the years, it makes its way into the most famous clubs on the island. In 2000 he moved to Milan, a place that allows him to play in clubs such as: Café Atlantique, Station Cafè, Club Astoria Frontera, Cafè Solaire etc ... Subsequently, in 2005, he returns to Sicily where he puts his musical experiences to good use; opens a recording studio and gives birth to various collaborations with various artists including the "Tinturia". Later he collaborates with the “TendenziA Records” label which boasts international productions, with parties all over the Peninsula. In 2010 he participated in "Uniao Electronica", the rst electronic music festival held in Luanda-Angola (Africa). These are golden years for electronic music, and in Sicily the Club is in great ferment; Dario joins the "Unconventional Sound" organization and the club "Lab 80" whose mission is to bring international DJs to the territory. Thanks to this project he shares the console with artists such as: Argy, Nick Fanciulli, Dennis Ferrer, Satoshi Tomiie, Sidney Charles, Andrea Oliva, Reboot, Matthias Tanzmann, Marcus Fix and Dorian Patrick for the Cocoon party. In 2019 he gives life to "Hazner", his new pseudonym for musical productions, bringing home releases on prominent Labels including: 8Bit, Natura Viva, Food Porn Music, Seta label. Today his productions are played by internationally renowned DJs, such as Nicole Moudaber, Gorge and Nick Curly.